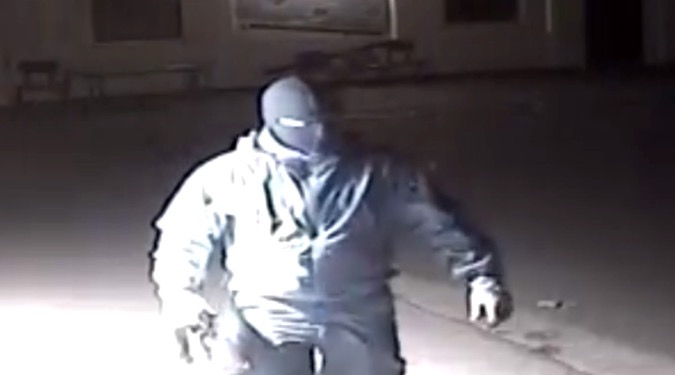 A wanted man was arrested and in other incidents people were detained for offences such as burglary, the sale of stolen goods and assault on a police officer.
A burglary was halted after the eagle eyed operators spotted four men using a ladder to gain entry to a building. Four men were arrested.

And the fire brigade were called to put out a fire that was spotted in a disused tower off Sherbourne Street West.

Two weeks ago an offender was sentenced in court from an incident caught on CCTV in June last year. A CCTV operator spotted a man get out of a VW Polo and into an unattended Citroen, which still had the keys in the ignition, and drive away.
The operator alerted police to the theft and officers managed to track down the car and return it to its owner just an hour later. The offender was traced from the CCTV and it was found the VW Polo he was initially driving was stolen in burglary two weeks earlier. He was sentenced at Manchester Crown Court to a 12 month prison sentence, suspended for two years.
Councillor David Lancaster, Lead Member for Environment and Community Safety at Salford City Council, said: “CCTV is not used to snoop on people – we use it to make the city a safer place.

“We can view vast areas in a short space of time to direct police officers to exactly where they are needed.
“The high tech cameras we use give clear images, even at night-time, which can be used in evidence in court.”
To keep people safe the highly-trained staff monitor 130 state-of-the-art cameras across the city, 24 hours a day, 365 days a year. They are paid for by the council and its partners.

Information and footage is provided to the police so it can be used to investigate offences.

It is also shared with housing providers so they can pursue tenancy action against nuisance tenants.

Brighter Sounds call out for musicans