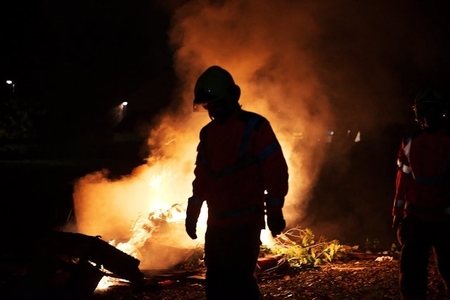 The revised proposals will see current arrangements around the number of firefighters on fire engines maintained for this financial year with Firefighter numbers remaining at or above May 2017 levels for at least the next financial year.

The service will maintain a fleet of 50 fire engines for at least this financial year and fire station mergers will go ahead as planned, which will see the creation of three brand new state-of-the-art fire stations, alongside ongoing investment in stations, including welfare facilities.

The proposed reduction of 113 non-uniformed roles has now reduced to 60 roles and the service continues to aim for no compulsory redundancies.

The six stations earmarked to close are Bolton Central and Bolton North; Stockport, King Street, and Stockport, Whitehill as well as Philips Park and Manchester Central.

Chief Fire Officer Jim Wallace said: “These proposals will ensure that Greater Manchester Fire and Rescue Service continues to keep people safe whilst making sure that it is a sustainable, efficient and modern organisation that is fit for the future.

“We have listened to the feedback we received from the consultation and our engagement with staff and have made changes to the initial proposals where appropriate.

“We have done a lot of work to put the organisation in the best possible position to deliver these necessary changes and I expect to see significant progress over the coming months to further improve a fire and rescue service that is already respected across Greater Manchester.

“These proposals will provide our firefighters with improved working conditions, modern facilities and better training and equipment. Firefighters will be supported by a fire and rescue service that has a culture of trust, respect and accountability.”

Mayor of Greater Manchester Andy Burnham said: “The Deputy Mayor and I have been listening closely to Fire Service staff and communities and have tried to respond to the concerns that they have raised. Greater Manchester has some of the fastest response times in the country and we will always do everything we can to maintain that.

“This is difficult in what remains a challenging time for public services but we are doing everything we can to ensure safe fire cover for all our communities.

“But there is only so much we can do – I call on Government to recognise that their fire cuts have gone too far and begin fairly funding our Fire Service.