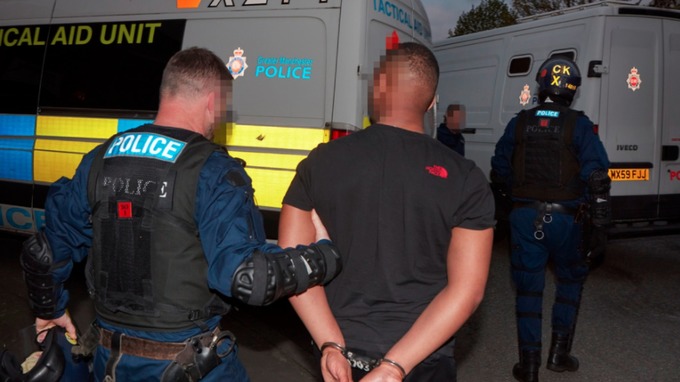 Police have arrested six people in dawn raids as part of an investigation into robberies across Greater Manchester.

Operation Speedway is an investigation into a series of 13 cash-in-transit robberies, predominantly in the Cheetham Hill and Broughton areas, and 23 crimes of money laundering.

Six men have been arrested on suspicion of conspiracy to commit robbery and money laundering. They remain in police custody for questioning.

Detective Inspector Vicki Kenyon of GMP’s Serious Crime Division said: “This investigation has been long-running and we have made 6 arrests in this morning’s strike.

“The investigation focuses on cash-in-transit robberies whereby the offenders brandish weapons whilst using threats and violence against the guard in order to steal a cash box, as well as the subsequent laundering of the money; both of which cause damage and worry in our communities.

“We will continue to work with our partners and the local communities to keep our streets safe and bring those who blight our communities to justice.”