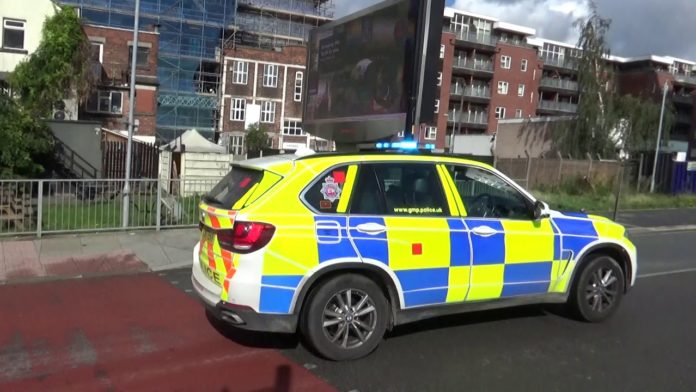 Officers were called to an address on Ladywell Grove following a report of suspicious circumstances.

The 28-year-old man was further arrested on suspicion of malicious communications, assault, breach of a Domestic Violence Protection Order and possession of a firearm.

A search of the property revealed a quantity of live ammunition

A further four people – aged 65, 54, 16 and 46 – were arrested at the property on suspicion of possession of ammunition.

All six people remain in custody for questioning.

Detective Inspector Thomas Willis, of GMP’s Salford division, said: “Following a report of suspicious circumstances yesterday, enquiries by officers lead us to swiftly recover ammunition which could have caused serious harm to members of the community.

“This is a great result for GMP in disrupting serious crime and keeping the people of Salford safe.

“Although a number of people have been arrested, and the ammunition has been seized, our enquiries are very much ongoing. If anyone has any information that may assist in completing our enquiries please do not hesitate to get in touch.”

Car found, one arrest but police still searching for driver of Hulme hit and...