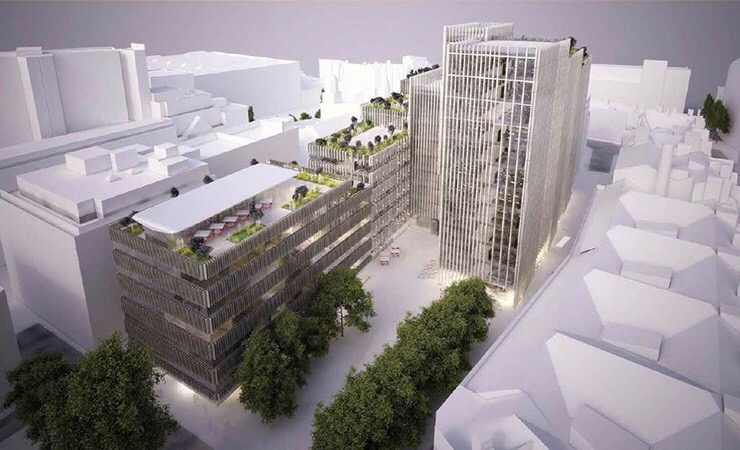 £40m of Singaporean money is heading to Manchester after an announcement that Rowsley, an investment Company based in the South East Asian City state is investing in the £200m project to develop a hotel, retail, leisure and office development in the centre of Manchester.

The company are acquiring a seventy five per cent stake in the scheme, named St Michael’s, which is also being backed by former Manchester United footballers, Gary Neville and Ryan Giggs along with the Jackson’s Row Development Project around the former Police Station in Bootle Street.

Lock Wai Han, chief executive of Rowsley, said: “We are excited to be in Manchester and to tap into its vibrancy and growth. Gary and his team exemplify the dynamism of the city and the city council, and it’s a style of working we are very comfortable with in Singapore.

“St Michael’s will become a landmark development and will meet the growing demand for quality accommodation and offices in Manchester. This will be Rowsley’s first investment in Europe and comes at a time when the UK government is encouraging businesses to move north to escape the rising cost of operating in London.”
Neville said: “This represents a very important milestone for the development of St Michael’s. To secure funding for the project this early in the process is a fantastic achievement and demonstrates great confidence in the city.
Other investors in the scheme are Chinese state-owned Beijing Construction Engineering who are also investing in the £800m Airport City Scheme.

Rowsley describe themselves on their website as a multidisciplinary lifestyle real estate and investment company with capabilities in planning, architecture, engineering, investment and development and are behind the $2b Vantage Bay project in Malaysia.

Plans for redevelopment of The Great Northern are approved