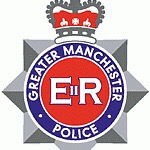 Three shots were heard on Cascade Drive just before 11.30.On arrival, officers discovered al window had been smashed after being shot at and a vehicle was damaged.

A black vehicle was then witnessed driving away from the scene towards Allesley Drive.

Detective Inspector Claire McGuire, from GMP’s north Manchester Division, said: “Fortunately no one was hurt and we are now at the early stages of the investigation.

We are now appealing for anyone with information about the shooting and any dark coloured vehicles seen in the area at the time.

“I would like to reassure the community that a team of officers is working on the case and we have increased patrols in the area. We believe this was a targeted attack and is not related to the terror attack last week.”