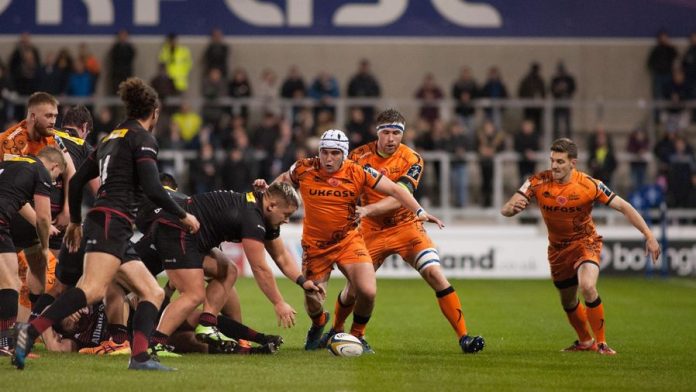 Sale Sharks staged a superb second-half fightback at the AJ Bell Stadium to make it two wins out of two in the Anglo-Welsh Cup.

Steve Diamond’s youthful side had trailed 19-13 at the break after a frustrating first 40 minutes against Saracens but the hosts responded in superb fashion after the break to turn the game on its head.

Alexandru Tarus and Mike Haley touched down for the Sharks to add to Ben Curry’s first-half score with AJ MacGinty kicking 11 points and Will Cliff adding a further three to maintain the Sharks’ hopes of topping their pool and qualifying for the semi-finals.