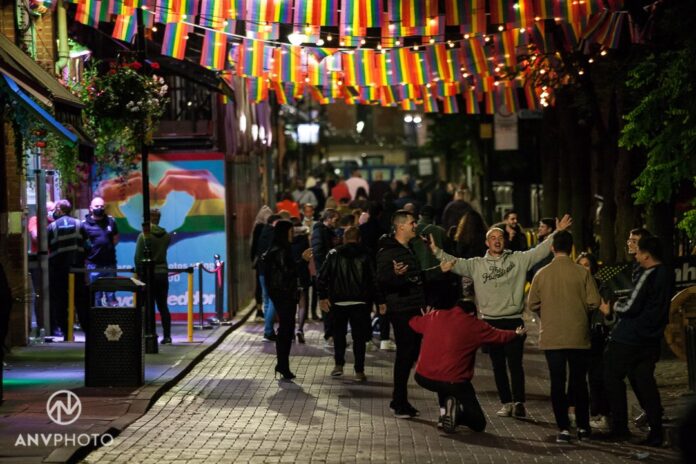 It’s very clear, across the UK, that this ill thought out 10pm curfew, has pushed everyone out of venues with socially distanced measures, into the streets, into off licenses, supermarkets, over crowded public transport and house parties. Every operator predicted this. Shambolic.

As people spilled out onto the streets at 10.00pm there were numerous reports that people opted to keep the night going with cans and bottles bought from the supermarket then overcrowding public transport as they returned home.

“I work in hospitality in Manchester City centre for over 10 years, and never, ever have I seen anything as bad as when I left work at 10pm. It is extremely dangerous and the police cannot control it. Absolutely awful for us all involved.”

“Queues of dolled up boys and girls outside all the bars on Deansgate at 4pm today. Manchester seems to have found a cunning way to deal with the 10pm curfew.“ said one tweet

While another observer tweeted

“Just been in Manchester for sons 21st. From what I just observed, 10pm curfew is a train crash. Worse than no curfew by a country mile.“