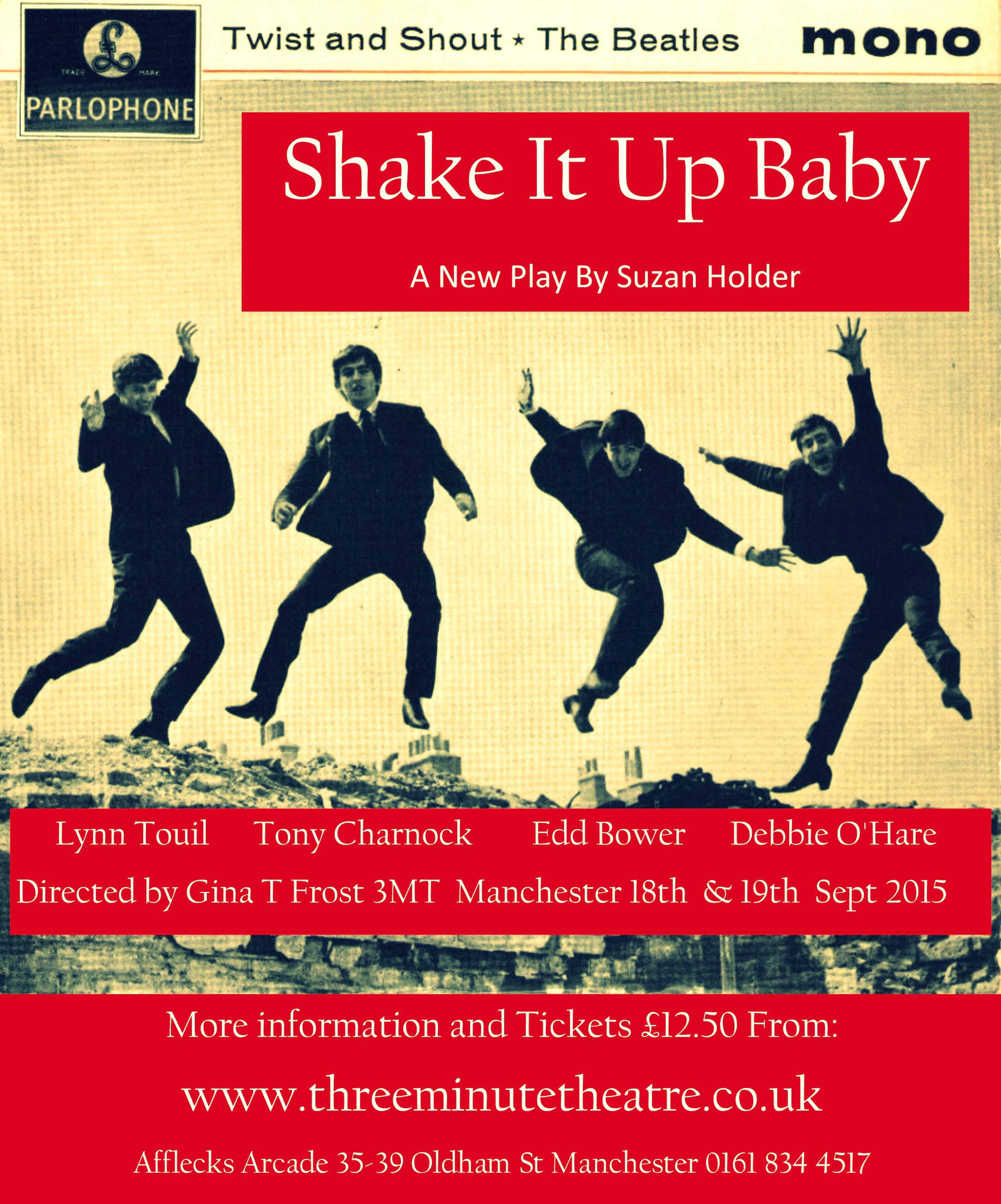 Writer Suzan Holder has a new comedy play coming to Manchester this September. ‘Shake It Up Baby’ –
the story of lovelorn Bev, a committed Beatles fan who launches herself into the world of internet dating, will be on at 3MT Theatre in the Northern Quarter on Friday 18th September and Saturday 19th September 2015.

This will be Suzan’s first project following three years as a writer/director of Youth Pantomime. Her sell out shows of Cinderella, Aladdin and Peter Pan gained rave reviews for their performances at Mads Little Theatre in Macclesfield with original scripts for each of the shows now selling in countries as far away as Canada and Chile as well as all around the UK.

Suzan says: “After three years working with Prestbury Youth Pantomime I decided to give myself a fresh challenge. The result is the story of fifty-something Bev, a lifelong Beatles fan who has spent years collecting Beatles memorabilia. Bev is looking for love but her attempt at joining an online dating agency leads to disaster. It’s a touching and funny story looking at love and life and although I’ve never tried internet dating myself… I have lots of friends who have!”

Married to Noddy Holder, Suzan is an experienced journalist and TV producer who worked at ITV and produced the daytime show ‘Loose Women’. She ran her own business, Dramarama, for ten years teaching drama to children at Prestbury Primary and Whirley Primary schools and has worked as a theatre producer for the creator and star of Mrs Brown’s Boys, Brendan O’Carroll.

3MT Theatre is run by the Manchester Shakespeare Company and specialises in developing new work to be performed in larger venues.

Further casting confirmed for The Boys in the Band