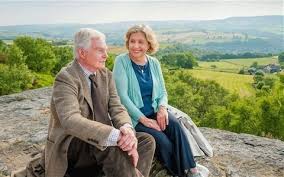 Politicians and academics in Greater Manchester are calling for conversations around older people and sex to be normalised with the launch of a new research film for International Older People’s Day (October 1).

Being screened at a public event today, Sex, love and intimacy in later life’ has been produced by Manchester Metropolitan University and the University of Manchester, and draws on their ground-breaking research which found over half of men and a third of women over the age of 70 are still sexually active.

The report and video says that stereotypes around ageing ignore the importance of sexuality and how vital it is to older people’s health, happiness and wellbeing.

Limited access to sexual health services for over 50s is leading to older people not seeking help around sex and intimacy, and there is “inadequate” recognition of the value of sex and intimacy in care settings.

Lead researcher Dr David Lee, Reader at Manchester Metropolitan, said: “As a society, it’s important that we recognise that a significant proportion of older people remain sexually active, and that loving intimate relationships are positively linked to health and wellbeing in later life – this is a public health issue.”

“This Older People’s Day let’s celebrate the fact people are living longer, and challenge stereotypes and misconceptions about what makes a good later life. Older people have a right to good sexual health, so let’s normalise conversations around sex and older people, and change the narrative on ageing.”

The video explores the key recommendations of the much-publicised Valentine’s Day report ‘How long will I love you? Sex and intimacy in later life’ authored by Manchester Metropolitan’s Professor Josie Tetley and Dr David Lee.

Featuring interviews with the lead academics and experts from Age UK, Relate and the International Longevity Centre – UK, the film aims to tackle taboos and educate the public and healthcare professionals.

Head of the Greater Manchester Ageing Hub, Paul McGarry, said: “Greater Manchester is fortunate to have some of the world’s leading experts on ageing based across its universities. We need to take on board the recommendations from this research and overcome ageism in all its forms to support older people to enjoy a good quality of life.”

A Festival of Ageing is also being planned for summer 2018.

To find out more about the work of the Greater Manchester Ageing Hub, visit: www.greatermanchester-ca.gov.uk/gmageinghub or follow @GMAgeingHub on Twitter.