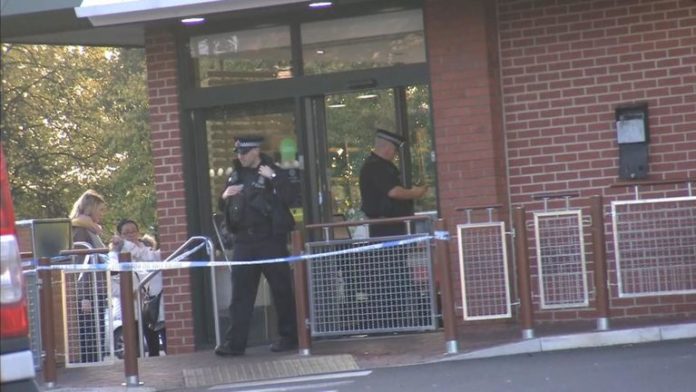 A sixteen-year-old and a fourteen-year-old boy are in custody after yesterday’s stabbing incident in Harpurhey Shopping Centre after two teenagers were taken to hospital with minor injuries.

Early enquiries carried out by detectives suggest that the incident took place outside McDonalds within the shopping centre.

A 16-year-old boy was arrested at the scene by officers on suspicion of violent disorder and possession of an offensive weapon. He remains in custody for questioning.

A-14-year-old boy was also arrested on suspicion of violent disorder and possession of an offensive weapon. He has been taken into custody for questioning.

Detective Inspector Mark Davis, of GMP’s City of Manchester division, said: “I understand that this incident may cause concern within the local community, but I would like to stress that we are not linking this to terrorism and are treating it as an isolated incident.

“At this time we know that two teenagers are receiving treatment for minor injuries and we are thankful that we are not looking at something more serious. We will be sure to update you as we have more information.

Can you help find Dalai?

Six arrested after shots fired at a house in Cheetham Hill