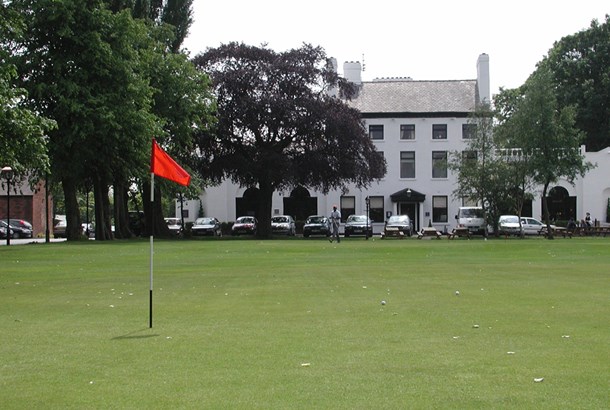 Police are appealing for witnesses after an attempt robbery at axe point on Christmas Eve.

A 72-year-old man was taking the golf clubs out of the boot of his Range Rover at Altrincham Golf Club when he was approached by two men.

The men, who were both carrying axes and wearing all black, threatened the man and demanded he hand over his car keys.

He refused and was pushed to the ground, sustaining minor injuries in the process.

The two offenders then fled the scene empty handed in a dark blue Mercedes.

Police Constable Andrew Sheldrick of GMP’s Trafford borough said: “I would like to appeal to anyone who witnessed the incident or who saw a dark blue Mercedes driving at speed in the area around the time of the attempt robbery to come forward.

“Although the victim did not sustain serious injury, the sheer terror he felt at the time as he was threatened with two axes was enough to leave anybody feeling traumatised.

“Somebody who would attempt to rob a person at axe point is not the kind of person we want walking the streets so we need to find these men before they threaten anybody else.”