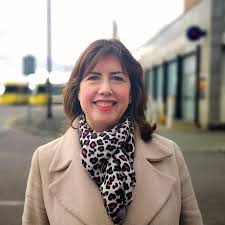 The roots of Labour’s defeat in last year’s election go back twenty years according to Manchester Central MP Lucy Powell.

The damning report says that Labour has “a mountain to climb” if it hopes to win power at the next election after shedding support in so-called red wall seats over the course of 20 years.

It cites the leadership of Jeremy Corbyn, the tortured approach to Brexit and the far-fetched manifesto as having a fatal “snowballing” effect.

And it adds: “It would be a mistake to believe that a different leader, with Brexit no longer the defining issue, would in itself be sufficient to change Labour’s electoral fortunes.”

Other issues the report highlights include a failure to learn from the 2017 election, the scourge of anti-Semitism, the lack of preparedness for an election and crucial errors in campaign strategy

The report found that:

“Labour went into the 2019 election without a clear strategy of which voters we needed to persuade or how … It was unclear who was in charge with insufficient lines of accountability for decision making. There was an unrealistic target seat strategy that was not evidence based.”

The swing away from Labour in the heartland seats in the 2017 election, masked by the much better than expected result, foreshadowed our 2019 defeat. The Conservatives made significant gains in 2017 in seats they would go on to win in 2019.

Labour faces a substantial challenge to win the next election, with a historic swing of over 10 per-cent needed to gain a majority of one seat. No major party has ever increased their number of MPs by over 60 percent, which is what Labour would need to do to win in 2024.

Labour’s roots in many of our traditional communities have weakened, as party loyalty has declined, and trade union membership has reduced, whilst many of the structural and institutional links between our party and the Trade Union movement have declined.

In the 2000s, it saw a move away from Labour in our working class communities driven by a perception that there was little difference between the major parties, as well as deindustrialisation and demographic change.

This showed itself in abstentions, or protest votes for other parties exacerbated by crisis points such as the financial crash of 2008 and the expenses scandal in 2009.

Cultural divides have accentuated the drift away, leaving some voters with the view that Labour no longer represents them, and are not listening to them.
Labour has failed to renew our bonds with older voters, resident in many of the town seats in our (former) heartlands. These areas have experienced demographic aging and an exodus of younger voters. Labour has done badly with older voters who have lower levels of qualifications.