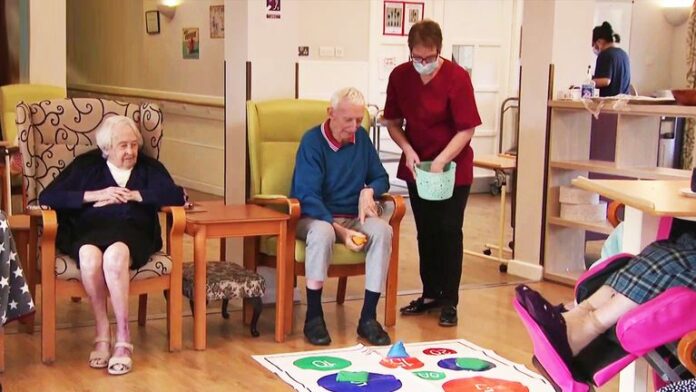 The care sector faces catastrophic staff shortages unless unvaccinated workers get their Covid shot by midnight (Thursday) or the government listens to reason and abandons its draconian ‘no jab, no job’ policy, warns UNISON.

Care workers must have their first vaccination today (Thursday) to beat the government’s deadline of 11 November to be double-jabbed or be banned from entering care homes in England. UNISON believes mandatory vaccination should be scrapped or thousands of people may lose out on the support they need.

The care sector is already in the grip of a severe staffing crisis and UNISON is receiving reports that multiple care agencies can no longer provide emergency cover. The union says the mandatory jab policy is partly to blame for these firms turning down requests from care homes to supply temporary care workers.

Such a significant reduction of employees, in a sector already afflicted with burn-out and blighted by low-pay, will mean many roles will remain unfilled, warns UNISON. This could result in the closure of care homes and a reduction in the level of care available as employers struggle to meet safe staffing levels.

Unless the government drops its mandatory vaccines rules, ministers risk decimating a sector already struggling with chronic staff shortages, says UNISON. Resources should have been focused on persuading hesitant workers of the benefits of taking the jab.

UNISON general secretary Christina McAnea said: “Everyone that can have the vaccine, should have the vaccine. But the government has persisted with a heavy-handed approach despite warnings from care employers of the dire consequences.

“This move is damaging a sector already on its knees and undermining trust in the vaccine. If roles can’t be filled, the level and volume of care offered will be reduced. Vaccine-hesitant staff must be offered reassurance and persuasion, not threats and ultimatums.

“Instead of encouraging much-needed recruitment into care, the government is actively driving experienced staff away. It’s not too late for ministers to admit the error of their ways and bring care back from the precipice.”

“It’s been tough during the pandemic. Some care workers are suffering from burnout and leaving, others contemplating careers in care can get paid more in supermarkets or fast-food restaurants, in jobs with far fewer responsibilities. The care sector simply can’t afford to lose any more staff.”

Chancellor takes vital steps to protect jobs but many workers will still struggle to...

£4m boost for Leigh but how should it be spent?