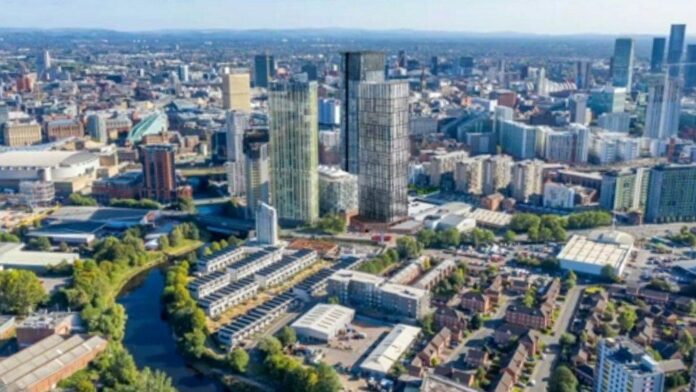 Salford City Council has made its first steps to become a City of Sanctuary.

Today councillors approved a City of Sanctuary motion at the Full Council meeting, a process that must take place to gain official status.

City of Sanctuary is a national charity that builds partnerships between towns and cities, to build a network of support for refugees and other people needing help.

Councillor Wilson Nkurunziza who proposed the motion said: “In Salford we celebrate diversity and embrace all people regardless of their background. It is important that people who are fleeing their homes are met with support, care and respect. We recognise the contribution of refugees and migrants that make this city the amazing place that it is.

“In Salford we have a proud track record of going above the call of duty to support refuges and asylum seekers despite huge pressures on our own budgets and services. The failed and unfair dispersal system puts a huge pressure on deprived areas of the country where the most affluent areas do little to help the national effort.”

Salford is the home of the Northwest Refugees Centre Healthcare Professional Education (REACHE) which was launched in 2003 to help refugees and people seeking healthcare professions in the UK. So far it has helped more than 200 people, mainly doctors, to integrate their overseas qualifications and gain employment in the NHS.

The city has two secondary schools and seven primary schools which are recognised as schools of sanctuary. And the University of Salford provides scholarships to people seeking asylum who cannot access student finance and therefore enrolment into higher education.

Councillor Wilson Nkurunziza continued: “We want to join the network of councils who are promoting the inclusion and welfare of people who are fleeing violence and persecution to officially become a City of Sanctuary.

“And we will continue to campaign and lobby government – particularly to give people seeking asylum and their adult dependent the right to work, unconstrained by the Shortage Occupation List. Concerns have also been raised about the controversial Nationality Borders Bill which will revoke British Citizenship without notice or legal oversight whatsoever. We have called on the government to amend the bill to ensure that our most respected judicial system is given its place.”

Elderly couple seriously injured in a collision in Stalybridge.

Plans for £10 police precept increase for Greater Manchester are approved