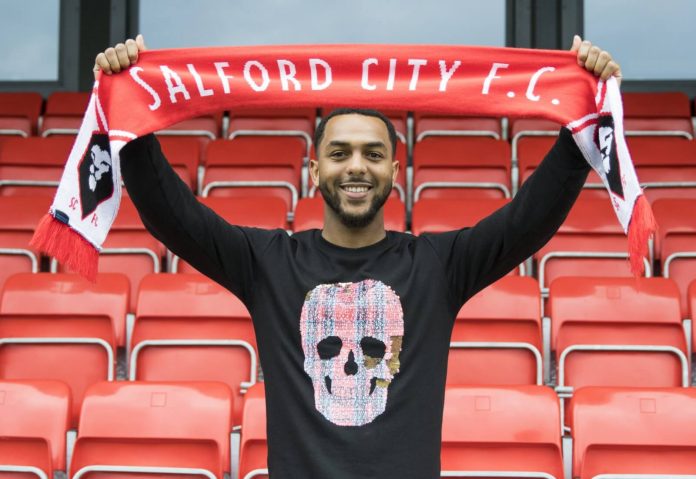 Wolverhampton born Ashley began his career at his home town club, making his debut for the club in 2009.

Loan spells with Torquay United and Plymouth Argyle followed over the next couple of campaigns but he was released from Molineux in 2012 he moved up the road to Walsall, making 66 appearances for the Saddlers and chipping in with 6 goals.

A loan move to Burton Albion in March 2014 came next and after leaving Walsall Ashley signed for League Two side Dagenham & Redbridge.

He racked up over 90 appearances and 12 goals for the Daggers but was released in 2016 following the club’s relegation to the National League.The 2016-2017 season was spent back in League Two at Mansfield Town and during the summer of 2017 Ashley made the move to Boston United where he scored a career-best 16 goals scored from 46 appearances.