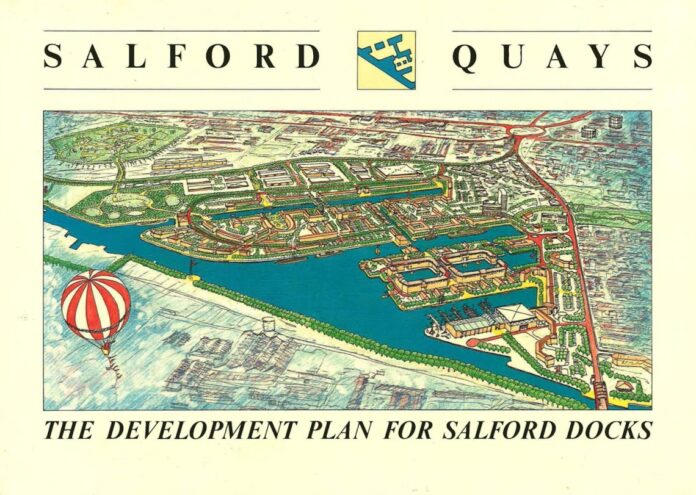 Salford City Mayor Paul Dennett has paid tribute to the visionary architect who drew up the Salford Quays masterplan.

Peter Hunter, who worked for Shepheard Epstein Hunter at the time, has passed away.

Mr Hunter was a key figure in the transformation of the derelict dockland area into what is now one of Greater Manchester’s top visitor destinations, home to the BBC, ITV and the largest cluster of digital businesses outside London. The Masterplan developed a vision to create a space to live and work and Salford Quays stands testament to that vision.

The transformation has been praised as one of the best regeneration schemes in Europe which is still continuing with MediaCity set to double in size over the next few years.

Salford City Mayor Paul Dennett said: “It is very sad news to hear that Peter has passed away and my thoughts are with his family and friends.

“Peter leaves an incredible legacy which transformed the face of Salford. He brought his experience of regeneration from London Docklands and first came up with a concept for Salford Quays in 1982.

“He pulled together the masterplan, providing the first development plan in 1985 and even suggested including an arts theatre. That would go on to become The Lowry, which now houses the world’s largest collection of artwork created by Salford’s L. S. Lowry, as well as two theatres which attracted close to one million visitors each year pre-COVID.

“It has been incredible to see Peter’s vision for Salford Quays become reality over the years and for it to become home to the BBC moving from London. This was unthinkable back in the 1980s and shows how visionary he was. Peter has left an incredible legacy for Salford which will never be forgotten.”

Councillor Bill Hinds, Lead Member for Finance and Support Services at Salford City Council, said: “The redevelopment of Salford Quays has created a world-class business, cultural and residential area – and is now an integral part of the region’s economy.

“Peter Hunter was a key player in bringing this to fruition. His foresight to see this back in the early 1980s was incredible and it has changed the way we live in Salford today. Every day people across the country watch their television and see footage from this great city.

“It is incredibly sad Peter is no longer with us and my thoughts are with his family and friends. He changed our city for the better and when I think of him that is what I instantly remember.”