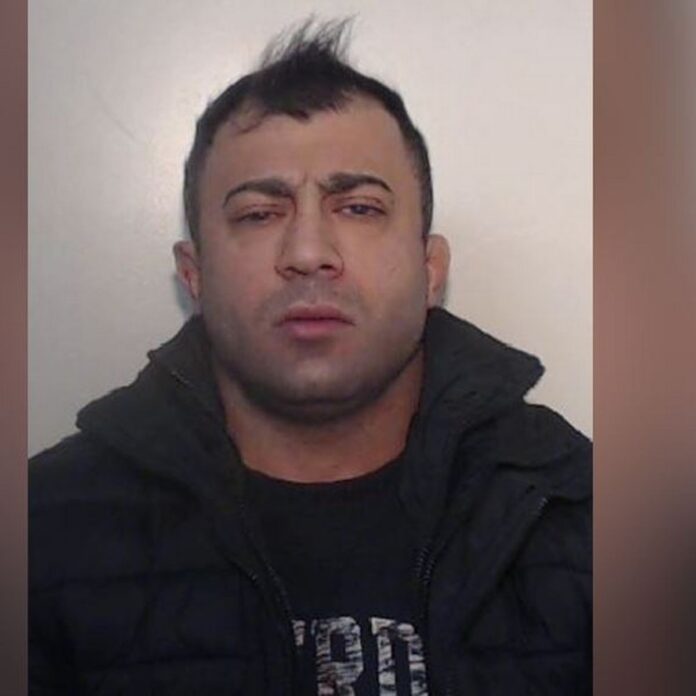 A Salford man has been jailed for eight and a half years  for charging asylum seekers thousands of pounds to bring them to the UK on false documents.

Behnam Farzaneh-Baghbanan, 40, was the leader of a criminal business built around the exploitation of Iranian nationals. Migrants would arrive at UK airports having flown from Europe using false documentation to board the flights. During the flight they would destroy or discard the fake documents and then claim asylum when they arrived at passport control in the UK.

He admitted a charge of conspiracy to help asylum seekers enter the UK when he appeared at Manchester Crown Court on 23 April, 2019. He has been remanded in custody since that point.

CFI officers, liaising with Europol and the National Crime Agency, began an investigation in April 2016. CFI formed a Joint Investigation Team, with the French Border Police Unit, authorised by the Crown Prosecution Service and an Investigative Judge, based in Lille France.

Officers identified a pattern of flights carrying undocumented Iranian nationals and further analysis found that seats on these flights had been booked using a handful of the same email addresses and bank cards. From this, they identified a suspect, Farzaneh-Baghbanan, who lived in Salford.

On 5 December, 2016, officers arrested Farzaneh-Baghbanan at his home in Rosseau Place, Salford. Evidence was seized which showed he controlled a number of email addresses which had been used to make multiple flights bookings, paid for using various bank cards.

Officers later discovered that these bookings were all for flights on which there was at least one person who was an undocumented asylum seeker.

Officers also discovered that Farzaneh-Baghbanan had no legitimate income, but controlled five bank accounts through which more than £170,000 had passed between January 2015 and December 2016. Transactions included some individual deposits of up to £3,500 in cash.

In the days following his arrest Farzaneh-Baghbanan fled the country in a bid to avoid justice. His details were circulated on a European Arrest Warrant and he was arrested on 1 November 2018 as he attempted to enter Greece from Turkey. He was extradited to the UK on 22 March 2019.

The other 3 gang members were also arrested on 5 December 2016 or soon afterwards. Investigators found that all the men were associated with email addresses linked to booking of seats on the suspect flights. The men’s bank accounts also contained unexplained large deposits.

Mobile phone and social media records showed that the group were in contact with each other on a daily basis and were led by Farzaneh-Baghbanan. The Iranian nationals who the gang assisted flew into the UK from European locations such as Alicante, Madrid, Nice, Lyon and Barcelona arriving at airports including Gatwick, Stansted, Newcastle, Liverpool and Manchester.

Farzaneh-Baghbanan is believed to have been involved in more than 260 attempts to reach the UK between January 2015 and December 2016. Not all of these individuals reached the UK.

Police search for a man and two women who attacked two men with a...