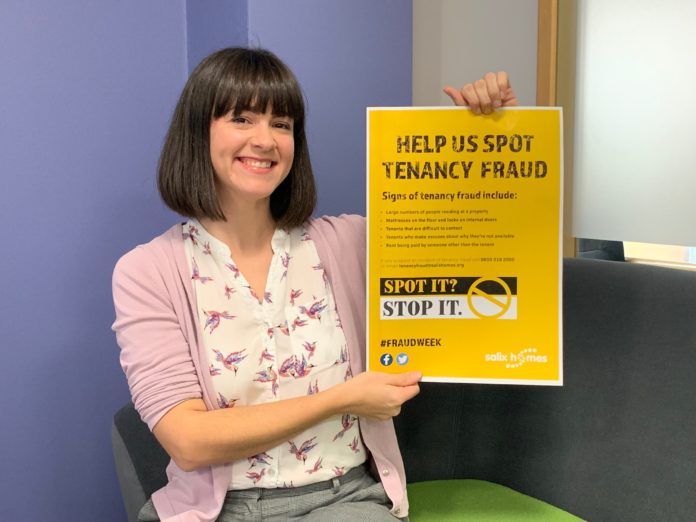 A flat in Salford recovered from fraudsters is now being used as a safe haven for homeless people.

One of the properties recovered during the clampdown is now being used for the ‘A Bed Every Night’ project, which commits to providing a roof over the head of roughsleepers in Greater Manchester.

Salix Homes officers discovered that the one-bed flat in the Greengate area of Salford was being illegally sublet and was the subject of a fraudulent Right To Buy application, which had it been successful, would have meant the property was sold at a discount of more than £30,000 and been lost from the city’s social housing supply.

After officers uncovered the fraudulent activity, the tenancy was terminated, and the property was reallocated to support the homeless project, launched by Greater Manchester Mayor Andy Burnham last November.

A Bed for Every Night aims to provide roughsleepers in the region with access to a bed, hot meal, a shower and additional support if they want it, throughout the cold winter months.

Lee Sugden, chief executive at Salix Homes, said: “Salix Homes takes tenancy fraud extremely seriously, as for every home that is misused or obtained by deception; it means one less home available for people in genuine housing need.

“Thanks to the success of our recent crackdown and the recovery of this particular property, not only have we saved a social housing property that would have been lost forever, we’ve also ensured that the property in question is now being used to make a difference to the lives of roughsleepers in Greater Manchester.

“As a not-for-profit organisation, it is not right that some unscrupulous individuals are profiting from the homes that we let, and this particular case is a perfect example of why it’s so important that people are aware of the signs of tenancy fraud and report any suspicious activity in their communities.”

It’s estimated that tenancy fraud costs the public purse around £900 million every year, with around 100,000 housing association homes across the country affected by some sort of tenancy fraud.

Tenancy fraud can take many forms, from illegal subletting and not using it as your main home, to obtaining a property by deception or the fraudulent purchase of a social housing property through the misuse of the Right to Buy scheme.

Twelve cases of suspected tenancy fraud were reported, several of which are currently under investigation.

Signs of tenancy fraud can include large numbers of people residing at a property, properties that stand empty for long periods, and tenants that are difficult to contact.