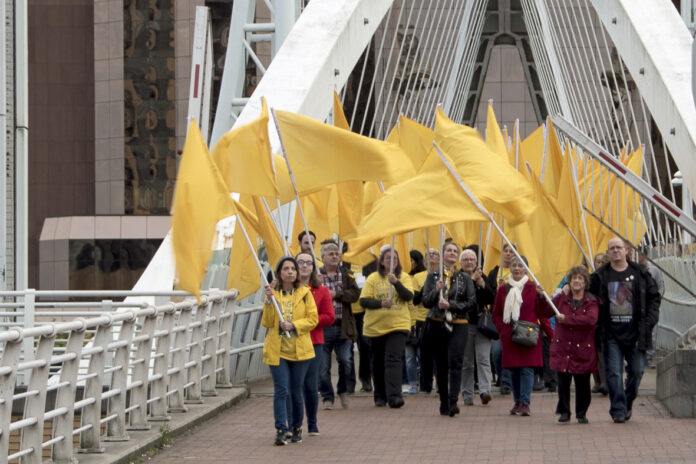 An online YouGov survey, commissioned by the UK’s leading funeral provider Co-op Funeralcare, shows that in the weeks following the start of the UK’s lockdown on 23rd March, 47% of bereaved adults in Manchester have been denied their final farewell. The grief process is always difficult. But a loss through suicide is like no other, and grieving can be especially complex and traumatic. People coping with this kind of loss often need more support than others, but may get less.

Death by suicide, even more than other types of bereavement, makes many people uncomfortable and unsure how to react.   There is still a stigma attached to suicide, rooted in centuries of history and this generates misplaced associations of weakness, blame, shame or even sin or crime.  This stigma can prevent people from seeking help when they need it and others from offering support when they want to.

With talk amongst people constantly about infections, hospitals, death, it pushes against all the triggers for the grief to come flooding back. Every time the radio is on, the tv on, look at social media – it’s there. It’s a constant trigger for those that have lost someone to suicide. We are giving people respite from the pandemic and come as close together as is possible to remember their loved ones and know that they are not alone in their grief.

Dennis Baldwin, from ‘Start Inspiring Minds’, ‘Reach Out; Start to End Suicide’ campaign stated “When a person dies, others offer empathy and compassion, but when its by suicide, there is stigma around that death, the loved ones of those lost to suicide are often treated differently, and become isolated. Sadly, the Pandemic has brought with it extra challenges with physical isolation exacerbating the grief of those with loved ones lost to suicide. They themselves can become at higher risk of suicide. This Vigil of Remembrance is about breaking though, putting a halt to this cycle of suicide that survivors face”.

“The Vigil of Remembrance will remember those that we have lost and demonstrate to those that survive that the community is here for them with this demonstration of support. It contributes towards smashing the stigma that is associated with suicide in all its forms, and contributing to a community that enables people to discuss suicide and enable people to disclose when they are experiencing suicidal thoughts and ideas” Dennis added.

The pop up drive-in cinema is being erected with the vigil being projected onto a large inflatable screen, with sanitised individually packaged wireless headsets being distributed. People will remain in their vehicles the entire time. The Vigil of Remembrance is also being live streamed to ensure that anybody who needs the support and wants to attend is able to.

The Vigil of Remembrance will see speakers, poets, musicians with a roll of remembrance being read with a minute’s silence being observed. The vigil is all pre-recorded ensuring compliance to government social distancing measures, and ensuring the safety of the performers and speakers.