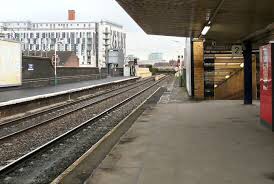 Three disused platforms will be brought back to use and two existing platforms will be extended and improved.
Greater Manchester Combined Authority Meeting (GMCA) reinforced its commitment to the station and growth of the area this morning to allow longer carriages and more frequent services to stop at the station.

Currently only trains with a maximum of four carriages can stop due to the length of the platforms.But with the Ordsall Chord being developed it would mean that trains with six carriages would not be able to stop at the station in the future.

Salford City Mayor Paul Dennett said: “This is fantastic news for the future and the city. With more frequent services travelling through the city in the future, the station has to be able to cope with demand.

“We need to make sure residents are able to travel easily and trains have the capacity to carry passengers who use them especially with the exciting developments that are taking place nearby.

“The area surrounding the station is being totally transformed with major projects such as New Bailey, Greengate, Middlewood Locks and the regeneration of Chapel Street bringing even more jobs and opportunities to the city.”

Salford City Council, Transport for Greater Manchester (TfGM) and Network Rail will progress designs and the works will be competed in a phased approach. Platforms one and two will be upgraded first with an improved canopy to keep passengers dry and feasibility works will also take place to accommodate longer trains on platforms three, four and five. In the second phase, works will take place to bring those disused platforms back to life. The project is set to be complete by the end of 2019.

42 year old man in hospital after assault outside Ashton pub

Over 1,100 children in the North West to wake up homeless this Christmas, Shelter...