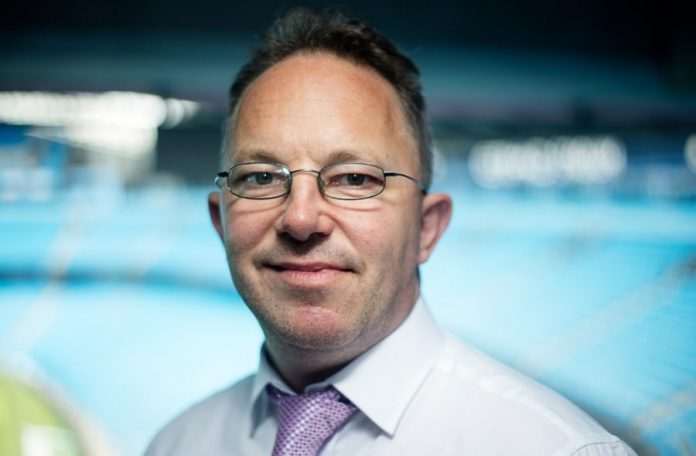 AN ACADEMIC at a Manchester-based football education specialist, has been drafted in by the Government to improve primary physical education in the UK.

Dr. Gerald Griggs, Head of Academics at UCFB’s Etihad Campus in Manchester, was asked to use his expertise to address the Houses of Parliament’s All-Party Parliamentary Group on a Fit and Healthy Childhood.

During his talk in Westminster, Gerald was asked to present his views on Physical Education and Sport Premium funding which has been awarded to all primary schools, before going on to outline the landscape which had preceded the introduction of the fund.

Gerald told the Group that there were areas of deep concern, such as a lack of specialist training and support for those delivering primary physical education.

He also welcomed the funding to boost PE and sport in primary schools, before voicing his concern that most of the money flowed towards sports coaching companies and local sports clubs. He also questioned the accountability of schools as to how the money was spent.

Gerald, widely regarded as a leading scholar in primary physical education, also questioned the quality of sessions provided by external agencies, adding there are little or no quality assurance processes in place, and warning of the consequences of what might happen when the funding ceases.

He went on to give recommendations for the future, which included promoting physical education to core subject status, creating a coherent curriculum which builds upon secure Early Years foundations and a renewed focus on the inclusion of lifelong physical activities.

Speaking after his House of Commons address, Gerald said: “It was an honour to be asked to give my views and I’m looking forward to seeing what impact I can make at this level going forward.”

Gerald was invited to speak by ministers because he is a globally recognised scholar within the field of primary physical education and is also an accomplished author, having written the leading textbook, The Routledge Handbook of Primary Physical Education.

A UCFB spokesperson added: “We are delighted that Gerald was invited to address the House of Commons and proud that his expertise is available daily for everyone to utilise at UCFB in Manchester.

“We will, of course, be watching carefully to see what action the Government’s All-Party Parliamentary Group on a Fit and Healthy Childhood takes as a result of Gerald’s recommendations.”

Police continue to appeal for information on Ashton under Lyne smash