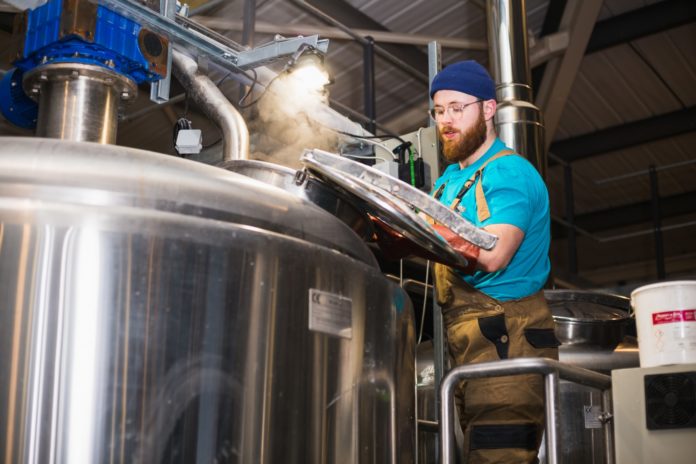 The Salford-based brewery has taken inspiration from its ‘lucky number seven’ and applied the vibrant creative across the core range and special beer cans.

The ‘clearer and cleaner’ branding, created by the Northern Quarter’s Creative Spark, has been designed to stand-out more to shoppers and drinkers – aimed at making the beer more recognisable as SEVEN BRO7HERS.

The rebrand follows the recent launch of the brewery’s Middlewood Locks beerhouse, which opened in December 2019. The brewery has also established its own beerhouses in Ancoats and brewery taproom near Media City UK and will soon be a resident beer provider for Manchester Airport’s terminal two development.

Founder Keith McAvoy, SEVEN BRO7HERS Brewing Co, said: “The craft beer scene has exploded in the last couple of years making it a competitive market to position our business in. We found our brand has been starting to get lost next to similar marketing and can designs – and that just wasn’t doing our product justice.

“After nearly seven years we felt it was time to shake up our brand and bring it back to what we are known for, the seven Salford brothers who make beer. It is our goal that people will have instant recognition when they see the cans on supermarket shelves or in bars and it will help them to make a quick decision to purchase.”

SEVEN BRO7HERS has seen huge success over the last six years growing year on year, in 2019 the business saw a 53 per cent growth. The brothers are confident the rebrand will help to steer growth by the end of 2020, challenging them to almost double business.

As part of the overhaul the well-known core range has also undergone a makeover. Now known as the ‘family of beers,’ the core focuses to four flavours: Amber Lager, Hoppy Pale, Easy IPA and a Juicy IPA.

The much-loved ‘session craft beer’ is now known as the ‘Hoppy Pale’, the Vienna lager has had a small recipe tweak to make it a fresher ‘Amber lager’, fans of the IPA need to look out for ‘Easy IPA’ and the ‘Juicy IPA’ joins the range as the newest citrusy, juicy edition to the family.

Keith McAvoy, said: “We are a family business and that is at the core of everything we do. We have all worked hard growing the business to date and the rebrand feels like a celebration of where we have got the brand too and how far we can now push it.

“We are 7 and we are excited to see it on our cans, we can’t wait for people to try the new and improved beers – and we invite people to join the family.”

The SEVEN BRO7HERS Brewing Co beers are sold across select Co-Op stores, Selfridges, Booths supermarket and Ocado, as well as Living Ventures and Mission Mars bar groups. They also sell through their own website.

North West business confidence is the highest in the country