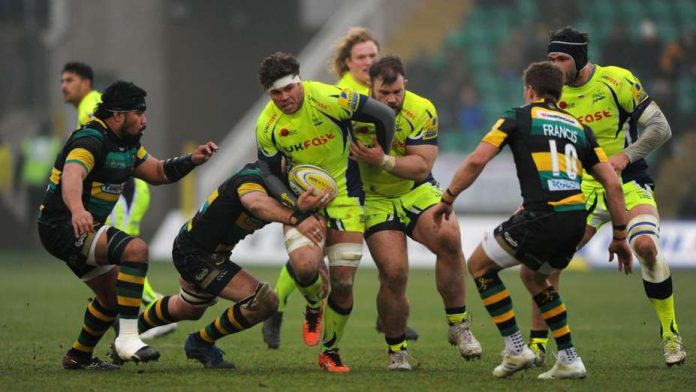 It was the Sharks’ first success at Franklin’s Gardens in 12 years and fired the club right back into the mix for a top-six finish with five games of the season remaining.

In a sensational first-half performance, England winger Solomona scored a thrilling hat-trick to follow his brace at Bath last weekend, with Red Rose colleague Yarde also scoring a quite brilliant try to help Sale open up a 31-6 half-time lead.

Though Northampton staged a ferocious second-half fightback with Sale also picking up two yellow cards, the Sharks deservedly held on to secure their third league away win of the campaign and our director of rugby was quick to hail the lethal finishing qualities of his razor-sharp wingers