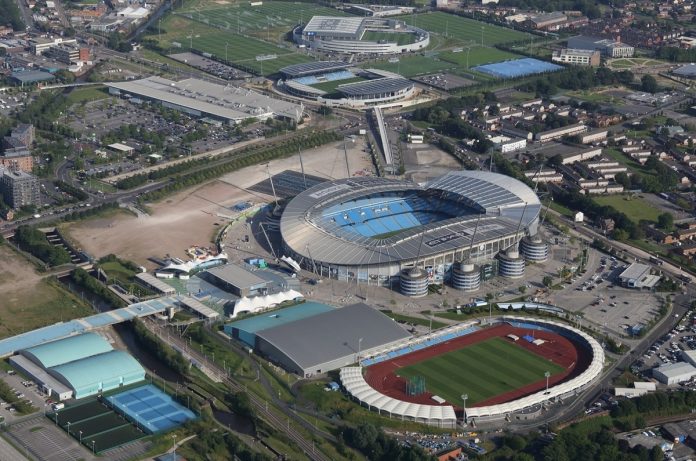 The Rugby Football League has confirmed that it will be relocating to the Etihad Campus in East Manchester.

The new National Rugby League Centre at the Etihad Campus will provide Rugby League with an iconic new home in a renowned sporting city and will offer world-class facilities for every level of the game, from community to the England Senior teams.

The move sees the Rugby Football League become a major tenant within the next phase of the Etihad Campus development, in which the campus will expand as a national sporting centre of excellence, as well as a leisure and entertainment district.

Following an extensive process that began in 2016 and involved applications and proposals from a number of different councils based in the North of England, the Rugby Football League Board unanimously approved the proposal from Manchester City Council and the City Football Group last month.

Chairman of the Rugby Football League, Brian Barwick, said: “The move to the Etihad Campus is a genuinely exciting prospect and underlines the governing body’s ambition to develop Rugby League across the spectrum of the sport. We want Rugby League to be a sport that future generations want to take part in and everyone has the chance to be involved with. This move will play its part in helping deliver that aspiration.”

While final plans for the new headquarters are still being developed, it is confirmed that the Rugby Football League will also become major tenants of the regional arena which will be rebranded as the National Rugby League Centre.

Speaking following the announcement, Rugby Football League Interim Chief Executive, Ralph Rimmer, said: “Moving to the Etihad Campus will be transformational for the sport of Rugby League on and off the field.

“The world-class facilities that will be made available to every level of the England set-up, from youth through to senior Men’s and Women’s, will mean that our international squads will have access to some of the best training, recovery and on-field sporting facilities available anywhere in the world.”

The new Rugby League England Performance Unit, led by Rugby Director Kevin Sinfield, will start to work at the facility from later this year, while all Rugby Football League staff will relocate into a new state of the art headquarters before the start of the Rugby League World Cup in 2021.

Rimmer continued, “The incredible plans for this campus and the proposal presented to us, that put Rugby League as a central partner, convinced us that this was absolutely the right place for the future headquarters of our sport, both on and off the field.”

“Manchester City Council and the City Football Group have been superb throughout the process and demonstrated that they believe there is a strong future for this sport, and we are all in agreement that this future is best served at the Etihad Campus in Manchester.”

Sir Richard Leese, Leader of Manchester City Council said: “The arrival of a national governing body which oversees one of the most popular sports in the country is another major boost for the city and in particular the Etihad Campus which is already the home of British Cycling and English squash as well as Manchester City FC, and a host of world-class sports facilities for both elite and community use.

“It perfectly complements our vision for the Etihad Campus as a globally competitive sport and leisure cluster which will continue to act as a powerful catalyst for the ongoing regeneration of East Manchester and underlines its status as a sporting epicentre.”

Red Devils go clear at the top of the qualifers