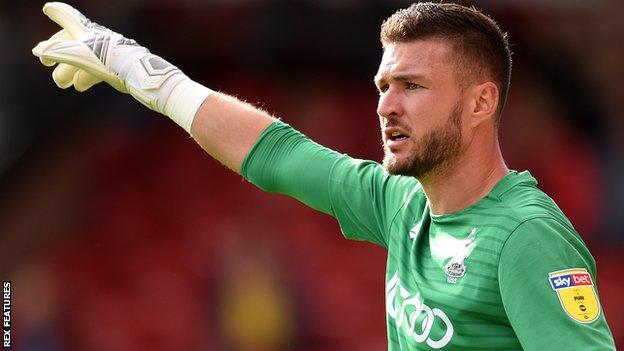 Rochdale has announced Richard O’Donnell as the club’s first new recruit of the summer.

The 33-year-old goalkeeper has signed a two-year deal with Dale, which will come into effect on July 1st once his contract expires at Bradford City.

O’Donnell brings with him a wealth of experience, having notched up over 400 career appearances. He has played for clubs across the EFL pyramid, featuring in all three divisions – Championship, League One and League Two. In

“I had a good chat with Robbie last week, and his plans for the club and the way he wants to play is exciting, so as as soon as I spoke to him we got things done pretty quickly. I’m delighted to be here and looking forward to getting started in July,” said O’Donnell.

“But it’s not just what he said, it’s also what I’ve seen from last year and from the games that Rochdale played against Bradford. The team plays really good football and they try to play the right way. The games that we, when I was at Bradford, played against them, Rochdale probably should have got more from both games. And after speaking to Robbie face-to-face last week and hearing him reiterate that, it was exciting. I’m really looking forward to getting going.”