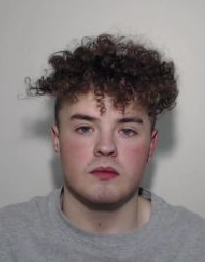 A twenty two year old Rochdale man has been jailed for eight years and four months after he pleaded guilty to a series of sex offences against teenage girls across the United Kingdom.

Jordan Scarrott of Badger Close, Rochdale was found in a Welsh Hotel with a 14-year-old girl in September 2018

A police investigation found that, over a period of six months, Scarrott contacted a number of teenage girls from Wales, Greater Manchester and Northamptonshire using a social media app. In some cases, Scarrott arranged to meet the girls and, during these meetings, engaged in sexual activity.

Scarrott was arrested and taken into police custody for questioning.

Detective Chief Inspector Philip Key, of GMP Rochdale’s Sunrise team, said: “Scarrott is a paedophile . Despite being aware that his victims were underage, he contacted them with a view to grooming them to meet and engage in sexual activity with him.

“I am thankful to the victims for co-operating with the police investigation and assisting with officers’ enquiries – without them, we wouldn’t be here today.

“I hope Scarrott’s sentence acts as a warning to offenders that Greater Manchester Police will not tolerate grooming and that specialist officers conduct thorough investigations which bring perpetrators of child sexual abuse to face the justice system.”