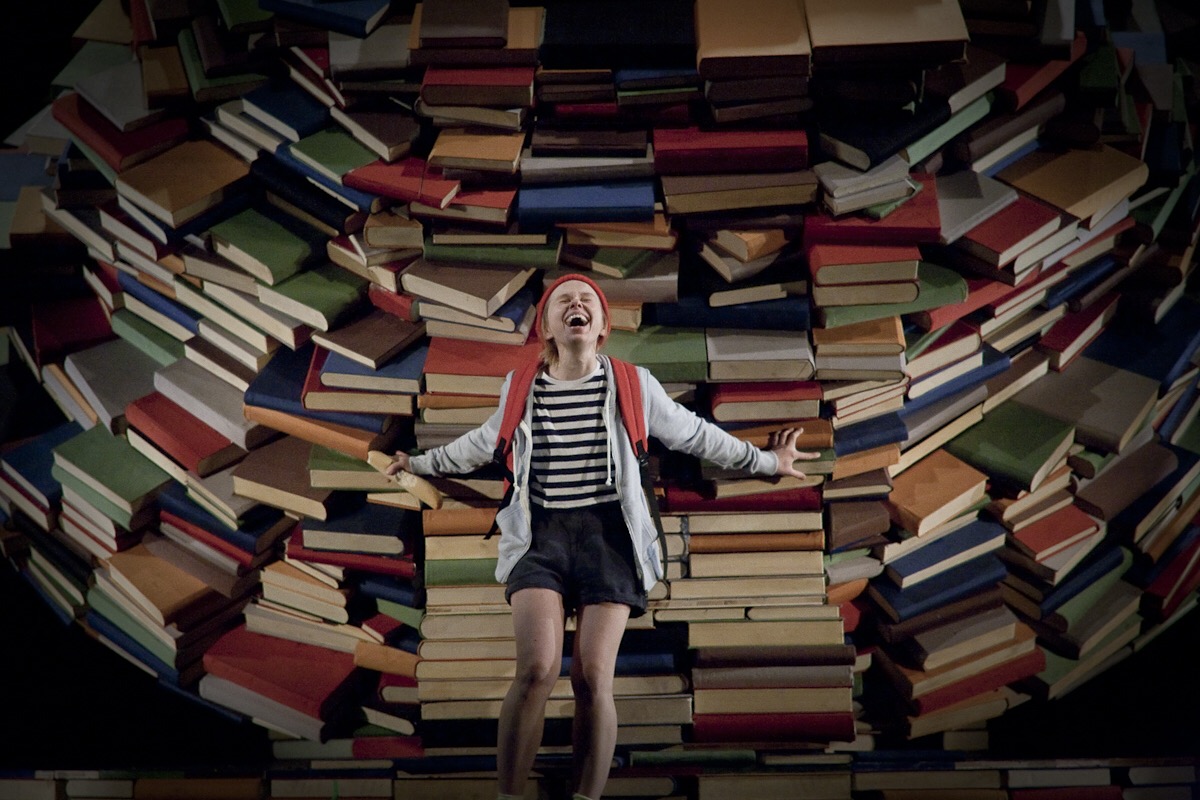 Not for the faint hearted, Inkheart, Home’s Christmas production, ticks all the boxes for Yuletide enjoyment, the child hero Meggie, played brilliantly by Katherine Carlton, the baddie and his accomplices, audience participation,and a happy and moral ending for the hero complete with words of wisdom.

Putting on this production was no doubt a risk, but director Walter Meierjohann’s gamble of adapting a relatively unknown story for a Manchester Xmas worked brilliantly  though some of its darkest moments may be a little off putting for younger members of the audience.

The script had been rewritten from the German version for the UK but has elements that will attract those who may prefer the traditional panto, characters that you will love and hate and opportunities for audience interaction.
The first part of Cornelia Funke’s young adult trilogy without giving away too much of the plot sees Meggie and her father Mo, living in a world where books and their characters come alive, a journey around Europe with a mad aunt and a man who plays tricks with fire while pursued by two baddies and a Bondesque evil villain, while trying to find a mad professor.

The story, Walter told us in an earlier interview, is not as well known in this country as in others but presents Home with a glorious opportunity to bring alive the ten very individual characters in the production.

Walter was first made aware of the story, first published in 2003, back in Germany when he was offered the chance to produce the play.

The set is simple, the story superbly narrated by Kelly Hotten, the comic turns of Darryl Clark and Griffin Stevens playing  Basta and Flatnose respectively and the dark menacing tones of Will Irvine’s  Capricorn.

It’s well worth a visit but hold onto your youngsters tightly.

Summer of sun and fun at the Science and Industry Museum