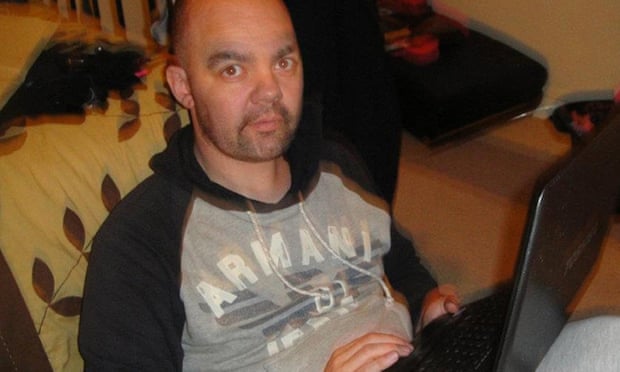 A report out today has found that Greater Manchester Police were entirely to blame for the death of Anthony Grainger who was shot by police during a botched surveillance operation in 2012.

The highly critical report by Judge Thomas Teague QC said that the police did not conduct the armed deployment in accordance with the requirements under article 2  of the European convention on human rights and was to blame for his death.

The previous year,  it was announced by the CPS that the marksman who shot dead the unarmed man would not be prosecuted but that the Greater Manchester Police force would be charged under health and safety law.

“We have received the public inquiry report into the death of Anthony Grainger and we are considering the findings of the chairman, HHJ Teague QC.

“In his report, the chairman has made a number of findings which are critical of GMP. The criticisms are wide-ranging and include criticisms of aspects of the planning and preparation of the firearms operation during which Anthony Grainger lost his life on 3rd March 2012.

“The force, our commanders, and our officers do not set out on any policing operation with the intention of firearms being discharged. This case was no different and the safety of the public, the subjects of police operations and our officers is, and remains, our absolute priority.

“That being said, we undertake to consider each and every one of the chairman’s findings and criticisms with the utmost care, attention and reflection. It is what the public would expect GMP to do in circumstances where criticisms have been made of the planning and preparation of a police operation in which a young man lost his life. It is what GMP will do.

“Working alongside our regional and national partners, we will consider all of the chairman’s recommendations to assess what more can be done now, and in the future, to further improve the safety of police firearms operations.

“Many changes have already been made locally, regionally and nationally since the death of Anthony Grainger in 2012, most recently following an independent review conducted by the College of Policing. We will continue to strive to maximise the safety of all policing operations.

“We will not comment any further until we have had an opportunity to read the chairman’s report in more detail.”

The report found that although Mr Grainger had a history of dishonesty and vehicle crime, he had no convictions for violence or robbery.The original subjects of Operation Shire included David Totton, but not Mr Grainger.

In December 2011, unknown thieves stole a red Audi car in Bolton. Officers later
found the stolen Audi in Salford, displaying false registration plates, and fitted it with
covert tracking equipment to allow them to monitor its movements.

The following month, investigators added Mr Grainger as a subject of Operation Shire
after surveillance officers saw him in the stolen Audi with Mr Totton.

However, said the report,instead of obtaining a bespoke intelligence profile of Mr Grainger, the investigation team adopted an existing profile that had originally been prepared for an unrelated investigation of a different nature.

That profile, which Operation Shire’s investigators did not verify or develop, contained serious inaccuracies, presenting a distorted and, in some respects, exaggerated picture of the threat Mr Grainger presented.

The operation was launched on the 2nd March 2012 as suspecting that Mr Totton, Mr Grainger and Robert Rimmer intended to commit a robbery against an unknown commercial target in Culcheth.

While GMP had received no intelligence suggesting that the subjects of the operation
were armed or had immediate access to firearms, the three men collectively posed
sufficient danger to justify the deployment of a firearms team in support of surveillance
officers.

However, the firearms commanders who authorised and planned the armed deployment of 3 March held an unorthodox and fundamentally flawed view of MASTS, treating it less
as a means of deploying firearms officers in support of a surveillance operation and
more as a means of deploying surveillance officers in support of a firearms operation,
the predetermined purpose of which was to carry out arrests.

“Firearms commanders planned the operation of 3 March incompetently and without
keeping proper records of their decisions” says the report adding “Instead of subjecting the available intelligence and information to fresh and independent scrutiny, they uncritically adopted the previous day’s threat assessment and tactical plan without significant amendment.”

Furthermore firearms commanders uncritically adopted the inaccurate slide presentation that had been prepared for the previous day’s deployment in anticipation of a different threat pursuant to the earlier, rescinded firearms authority.

They failed to inform AFOs on 3 March that there was no current intelligence
to suggest that any of the operation’s subjects would be armed or would have
access to firearms and theywrongly briefed the AFOs that one of the subjects had been seen in Culcheth a few days earlier in possession of a hacksaw, thereby reinforcing the mistaken theory that the subjects might be contemplating an overnight “hostage” robbery.

They overstated Mr Grainger’s past criminal history, particularly in relation to
violence and firearms, thereby presenting the AFOs with a distorted and, in some
respects, exaggerated impression of the threat he presented.

On the night of the operation,Commanders failed to reappraise the subjects’ intentions against the background of a rapidly diminishing number of plausible targets for the robbery they anticipated.

By the time the stolen Audi arrived in Culcheth, there remained few credible
targets for a commercial robbery, most businesses having closed and the last
cash delivery of the day having passed without incident.

When, shortly before 7.00pm, the surveillance team lost visual contact with the
stolen Audi’s occupants, commanders omitted to conduct a further tactical review.
In particular, they failed to consider whether, in the interests of public safety,
police officers should take immediate steps to disrupt any intended criminal
activity without attempting to arrest the subjects at the scene.

The officer who shot Grainger was under the mistaken belief that he was about to discharge a firearm was based on the inaccurate and inadequate briefing he had received that morning and the incorrect information he had gleaned from unofficial and untested sources.

More than 14 hours had elapsed since he first reported for duty.

“I regard that period as excessive and am unable to exclude the possibility that fatigue had, by then, degraded Q9’s ability to make accurate decisions in a critical situation.”

Third arrest after Man shot dead in Ashton Under Lyne as properties continue to...