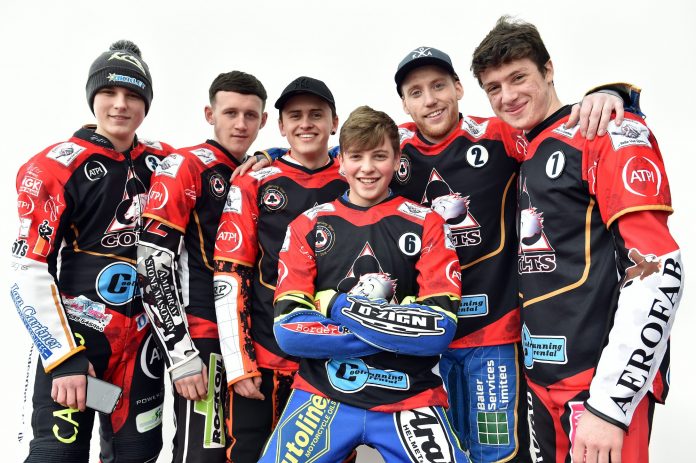 For the 2018 season, they have adopted the iconic Bees name for their National League side which has undergone quite the overhaul and now boasts some of the league’s finest talents.

Highly experienced Jon Armstrong will lead the visitors’ charge with Danny Philips and guest No.1 Tom Bacon, who comes in for Jack Parkinson-Blackburn after he recently quit the sport.

It will be the first time the new-look Cool Running Colts have competed together with Jack Smith, Kyle Bickley and Belle Vue newcomer Tom Perry acting as the team’s main powerhouses.

We can expect a “thoroughly entertaining meeting”, says team boss Steve Williams, adding: “It’ll be good for the lads to get a few laps under their belts but we’re not putting any pressure on them.

“It’ll be a baptism of fire for a few but this is what the National League is all about. We want to give these guys a chance to attain greater levels of themselves so they can move up in the sport.

“On paper, Coventry look to be on equal terms with ourselves. Obviously, Jon Armstrong has buckets of experience to offer his team, but we’re far from short of matching that ourselves.

“It will certainly be a tough meeting but at the same time it’ll be an entertaining one. We want to get off to a good start, and I believe we’ve the capabilities within this team to do what we need to do.”

Tickets for this opening National League clash at the National Speedway Stadium are available online at www.bellevueaces.co and at the stadium box office on race day.

The Game is on for the Aces