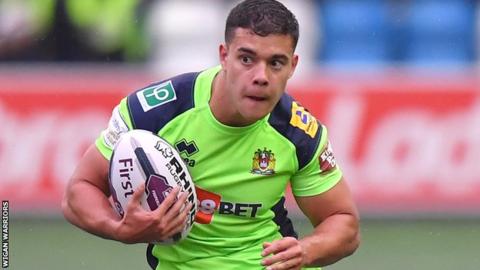 While Shorrocks wasn’t available for the Catalans fixture on Good Friday, the 22-year-old will be in line for selection in each of the Club’s next five Betfred Super League fixtures including the Easter Monday visit to Leeds Rhinos.

Salford Red Devils Head Coach Ian Watson said: “Jake is a quality young British half who featured heavily in Wigan’s first team a couple of years ago until his cruciate ligament injury unfortunately cut it short.

“He is now looking to build his reputation back up following this injury spell and I’d like to thank Wigan Warriors and Shaun Wane for allowing us to bring Jake in for a loan spell.

“With us being short and needing some competition in the halves and spine of the team it gives us another option.

“While we can help Jake rebuild, he can help us on the field this month and hopefully we’ll see some of Jake’s qualities which have made him one of the hottest prospects in the game.”

Red Devils twice come from behind to claim the points