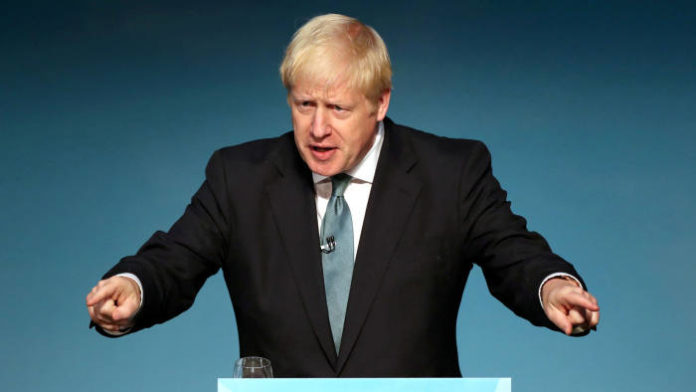 Boris Johnson has been elected new Conservative leader in a ballot of party members and will become the next UK prime minister.

He beat Jeremy Hunt comfortably, winning 92,153 votes to his rival’s 46,656 and takes over from Theresa May on Wednesday.

In his victory speech, Mr Johnson promised he would “deliver Brexit, unite the country and defeat Jeremy Corbyn”.

“Now is definitely not the time though for a self-congratulatory lap of honour, we expect him to get straight down to business, appointing a new cabinet, make realistic and deliverable plans to reverse years of domestic economic neglect for our business community and work towards a satisfactory outcome for Brexit.

“Whilst all eyes in Westminster have been on Brexit these last few years, the cost to our domestic economy has been great. Our members on a daily basis still tell us about skills issues, poor transport infrastructure and the ever increasing burden of up-front taxes such as business rates. All of which have got worse over the last few years.

“The very real danger is that even with a good Brexit deal the domestic economy has been neglected for so long that businesses will continue to struggle to take advantage of any new opportunities.

“A modern, successful 21st century global economy needs reliable and effective infrastructure built for the future – not a continuation of “make do and mend”. It has to have an effective, responsive and stable skills system in place free of the constant tinkering that does so much damage and it must also be based on strong social values and a broader understanding of “good” business too. Here in Greater Manchester we also want to have genuine devolved powers and decision making free from Whitehall intervention, not some form of half-way house which just creates problems and delays.

“The PM has a short timescale to deliver the necessary progress that business needs and will be judged harshly if this is not achieved irrespective of what may happen as regards Brexit.”

“Still genuinely shocked the Conservatives have done this. A man so palpably unfit to be PM. I could easily name 50 Tory MPs who could do a better job.”

“At this critical moment in our country’s history, Boris Johnson has the opportunity to begin to rebuild trust between the people of the North of England and the Government. He cannot waste it. He must act immediately to demonstrate his personal commitment to ‘Power up the North’.

“Too many of the people and places in the North are yet to see the benefits of the Northern Powerhouse agenda. One million Northern children live in poverty, and too many adults live in chronic ill-health before they reach State Pension age. That’s why it’s imperative that Mr Johnson moves the Northern Powerhouse into a new phase, and quickly, because Northerners cannot wait for economic justice.”.

“Consumed by the chaos of Brexit, Theresa May’s government deprioritised devolution and overlooked the Northern Powerhouse agenda when we needed it most. A new government cannot make the same mistake.

“The UK is the most centralised country in the developed world, and this has had negative consequences for Northerners and Londoners alike.

“Our new Prime Minister must now follow through on promises to invest in the North. And he must use his initial days to set out a comprehensive plan to devolve real power to England’s regions, towns and cities – starting in the North.”