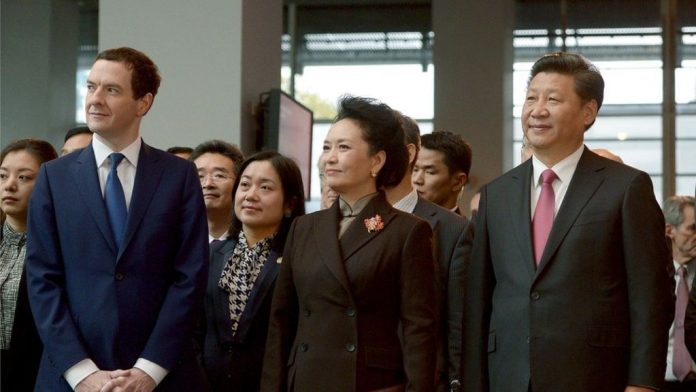 Two years since the visit of the Chinese President to Manchester, trade and tourism between the North and China has boomed thanks to direct flight service says a report out today.

The study by the economic consultancy Steer Davies Gleeve is the most comprehensive analysis ever undertaken into the economic and social impact of a brand new direct, long haul route between two countries.

It has revealed that in its first year of operation the Manchester-Beijing air route, operated by Hainan Airlines, has driven a significant increase in exports, inward investment, and international student numbers into the North.

In addition, the direct flights have delivered a substantial increase in the number of inbound tourists to the North, with many lured by the region’s natural and historic attractions, luxury shopping sites and Premier League football teams.

Already worth hundreds of millions of pounds a year to the North, this “China Dividend” is predicted by researchers to grow substantially in the years ahead as the profile of the region increases further in Asia and as civic and business ties between the North and China are strengthened further.

The report, called ‘The China Dividend: One Year On’, is being launched as a Ministerial delegation from the UK Government heads to Shanghai to promote trade and investment opportunities in the Northern Powerhouse.

Led by Trade Minister Baroness Fairhead and Northern Powerhouse Minister Jake Berry, the group will meet with prospective investors and trading partners at the China International Industry Fair, where the impact study will also be presented.

The report found that The value of goods exported by businesses across the North from Manchester Airport to China has increased by 265% to nearly £200m every month.

The total number of passengers travelling from Manchester Airport’s catchment area to Beijing (either directly or indirectly in both directions) has risen by 20,415 (+38% uplift) to 74,055 since the introduction of the route.

This means the opening of the direct route has stimulated an estimated 28,838 net additional passengers travelling directly between Manchester and Beijing.

The pipeline of inward investment projects is increasing. Inquiries from China to Manchester property and investment agents have doubled, with the current pipeline potentially capable of creating 850 new jobs in the City Region; a similar picture is likely in the other cities of the North.

There has been a 54% increase in Chinese investments in property in Manchester in 2016, compared to a year earlier.

The report goes on to conclude that its findings strengthen the case for large-scale investment in infrastructure projects like Northern Powerhouse Rail, which would dramatically improve journey times between the North’s major towns and cities and Manchester Airport, and in turn help attract new long haul air services.

Another key finding of the study is that the Manchester-Beijing route is increasingly being viewed as not just an entry point to the North for the Chinese visitors, but the country as a whole, indicating Manchester Airport could have a critical role to play in strengthening the UK-China relationship in years to come, especially as other airports are at full capacity.

“As we head to Shanghai we will look to build on the flourishing commercial relationship that the UK and China have established, bringing with us Northern businesses which demonstrate the strengths and opportunities in the region.”

Lord Jim O’Neill, the economist who coined the BRICs phrase to describe the high growth markets of Brazil, Russia, India and China and a driving force behind work to reinvigorate the Northern economy, has written the foreword for the report.

He said: “This is the first time that anyone has been able to pin-point so accurately the benefits of long haul connectivity between two countries and this fascinating report shows that the upside is far wider than one may think.

“It helps to boost skills and knowledge and strengthen civic ties, as well as grow the economy in more obvious ways, such as through export volumes, inward investment and tourism.

“China remains a bigger economy than the other BRIC nations in aggregate and even at a growth rate of six to seven per cent, it will create the equivalent of another India before the decade is out.

“At the earliest opportunity further direct connectivity is needed in order for the UK to realise its ambition of China becoming one of its top three trading partners, This report makes clear why that is the case and should be essential reading for policy makers.

“There is an opportunity immediately before us to do something about this. In particular, we need to make sure that all the key road and rail links function seamlessly to connect the airport to the key centres of population density around the rest of the North.” 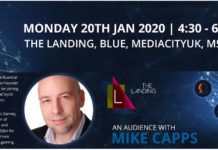 Apprenticeships in project management – Why your company should be considering them