North West mid-sized businesses are confident of a rapid recovery in performance and output once COVID-19 vaccines roll out, according to new data published today.

Following news of multiple vaccine trial successes, including Oxford University’s breakthrough in collaboration with AstraZeneca plc, a resounding 93% of businesses in the region predict they will fully recover in less than a year. Data shows that more than half (60%) of North West businesses believe it will take less time to return to pre-COVID-19 levels – within just six months once a vaccine is made available.

The latest BDO Rethinking the Economy survey of 500 mid-sized businesses, found that more than four-fifths  of North West businesses say they plan to make significant changes to their 2021 business plans following the news of likely vaccines.

Half of businesses  also reported feeling more optimistic about the UK’s economic recovery now compared with three months ago.

Despite the optimism around a potential vaccine, 87% of businesses in the North West believe the Government’s tiered system will lead to a greater economic divide as most of the region enters Tier three. This comes as the Chancellor, Rishi Sunak, announced a £4 billion Levelling up Fund, as part of last week’s Spending Review. The investment will take a place-based approach and directly fund regional projects of up to £20 million based on assessing local impact. However, Labour mayor of Greater Manchester, Andy Burnham, believes the north of England faces a return to 1980s-style prolonged economic decline. This is in spite of a government promise to “double down on levelling up” at the Spending Review.

Commenting on the findings, Ed Dwan, partner and head of BDO in the North West, said: “The news of a potential vaccine has clearly buoyed the region’s businesses, as many companies intend to put plans in place in 2021 to counteract the economic damage caused by COVID-19.

“However, there is still a degree of caution amongst business leaders, who are starkly aware of the operational challenges still facing the region. These include the ongoing impact of national lockdowns on business performance, the prospect of having to restructure workforces in order to avoid future redundancies, and the ongoing pressure being placed on protecting the wellbeing and safety of employees.”

He added: “The Government’s tiered approach to lockdowns has clearly intensified the levelling up debate in the regions, with 87% of mid-sized businesses in the North West believing that COVID-19 will further widen the UK’s north / south economic gap.  The Government must ensure that any businesses disproportionately impacted by local lockdowns are given adequate support to trade beyond this.”

The Rethinking the Economy survey also revealed that almost a quarter of businesses say that another national lockdown is one of the biggest threats to their business in 2021, with accessing additional finance topping the list (33%). However, 37% of North West businesses are reducing the number of staff on furlough and bringing them back into the business, suggesting a level of confidence in the region’s economic recovery. 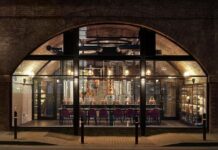 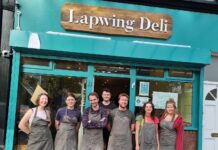 EventCity unveils its vision for the future

New Accountancy service based in Salford Quays has hit the ground running during Covid-19...