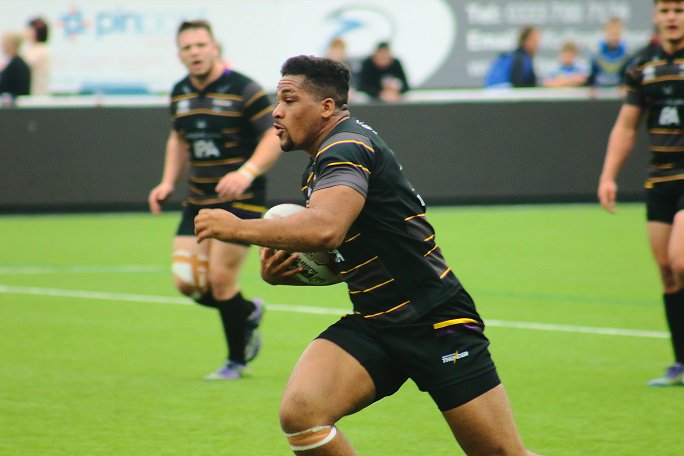 The Salford Reds are have announced the signing of Derrell Olpherts from Division One Newcastle Thunder from the 2018 season.

The Utlility Back has scored 14 tries in 15 games  so far this season.

Head Coach Ian Watson is pleased to have Olpherts on board for next season, he told the club’s website:

“We’re really excited to have captured his signature. There were a few other big Super League Clubs trying to sign him so we’re delighted that he’s decided that his future is here. He is a strong powerful runner who can play in the outside backs, and he backs this part of his game up with his defence. He’s got a great try scoring record and deserves the chance to have a crack in Super League, he’s got huge potential.”

Red’s squad for Wakefield is announced