Salford Red Devils will start their first ever Super 8s campaign a week after the Challenge Cup semi-final with a Friday night trip to Hull FC.

With points from the regular season being carried over it means fourth placed Salford will have an early opportunity to climb above third placed Hull as both teams aim to get off to a start that will ultimately see them in the race for the Grand Final a few weeks later.

The Red Devils first home game of the 8s will be against runaway leaders Castleford Tigers at the AJ Bell Stadium the following Friday live on Sky Sports. Ian Watson’s men have already beaten the Tigers in Salford and will be looking to repeat the feat.

Currently the final two home fixtures of the 8s are scheduled for Saturday afternoon kick offs against Huddersfield Giants and St Helens. 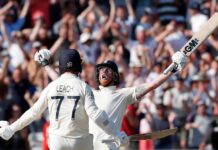