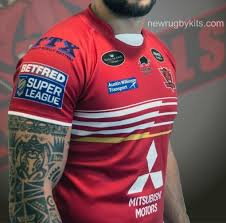 The Salford Red Devils have now lost six successive games in all competitions after going down 23 points to four at the AJ Bell stadium last night.

Two early tries from Zak Hardaker saw the visitors off to a flying start and left the Red Devils sixth in the Super League table, still two points outside the top four with two games left to play in the Super 8s phase.

Manu Vatevi scored on his home debut for the Reds as Salford fought back in the second half but his try was to be their only points of the match.

Further tries from Tom McShane and Jy Hitchcox leaving the visitors with one foot in the playoff final.