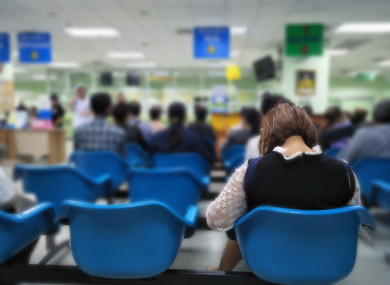 The number of people in England waiting to start routine hospital treatment has reached a new record high.

5.12 million people were waiting to start treatment at the end of April 2021 which is the highest number since records began in August 2007.

those, 230,278 were waiting for invasive heart procedures and heart operations – the highest number since the pandemic began.

Over 55,000 had been waiting over 18 weeks – that’s nearly a quarter (24 per cent) of everyone waiting for a heart surgery or procedure at the end of April.

The number of people waiting over a year decreased in April to 4,769 from a peak of 5,248 in March – however, the figure is still over 170 times higher than before the pandemic began when just 28 people were waiting this long. Now, 24 people have been waiting over two years for heart procedures or surgery.

“Despite the exhausted NHS doing all it can, the pandemic continues to cause significant and mounting disruption to ‘routine’ treatment and care during the pandemic, even when it comes to heart surgery and procedures.

“Delays to vital heart care can cost lives. Tragically, we have already seen thousands of extra heart disease and stroke deaths in England during the pandemic, and monumental delays to care have likely contributed.

“Today’s figures may signal green shoots of recovery, but there’s a long way to go. Support for heart disease care is needed now to build back bigger, better, and fairer. A clear plan and further ongoing investment is urgently needed to help the health service tackle the backlog and beyond.”

‘Today’s figures are a stark reminder of the pressure the NHS faces as it works to tackle the enormous backlog in routine hospital care caused by the pandemic.

‘Nearly 3,000 people have now been waiting more than two years for a procedure which the NHS constitution promises should be performed within 18 weeks, and nearly 400,000 have been waiting over a year. The total number of people waiting for routine hospital care – 5.1 million – is now greater than at any time since records began in 2007.

‘Waits of this magnitude are not acceptable to anyone and we know that the NHS and government are working hard to find a solution. The NHS needs to increase levels of activity but this will be extremely difficult with significant workforce shortages, post-pandemic staff burnt-out and ongoing constraints on capacity due to COVID-19, including social distancing.

‘The NHS urgently needs additional resources but importantly, local services also need the freedom and support to trial and evaluate innovative new approaches to tackling the backlog and share learning across the country. Making incremental improvements to business as usual, while important, will not be enough to address a challenge of this scale. ’