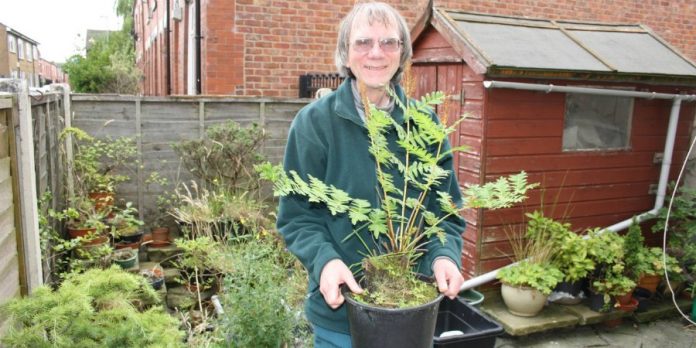 The Canal & River Trust will restore the rare plant, Royal Fern, to the Huddersfield Narrow Canal this month after a remarkable rescue. It’s part of a canal habitat improvement project Making Special Places for Nature.

The plant, believed to be the Huddersfield Narrow Canal’s only surviving Royal Fern specimen, was saved in 1992 when the canal was undergoing major restoration work by Huddersfield Canal Society in preparation for its reopening in 2001. Canal Society ecologist Dr Bob Gough noticed the Royal Fern had been discarded during the excavation works and managed to scoop up the plant from the water.

He took it home to his terraced house in Failsworth and has carefully nurtured it in a black plastic plant pot in his back yard for the last 25 years. A few weeks ago Tom King, one of our ecologists, heard about the rare Royal Fern and invited Dr Gough to return the plant to its natural home.

Tom said: “Dr Bob Gough has done an amazing job to keep alive this Royal Fern in a plant pot in his back yard for 25 years. It was only a chance conversation that led me to even know about its existence.

There are currently no other known examples of Royal Ferns on the Huddersfield Narrow Canal. Six miles of the canal are protected as a Site of Special Scientific Interest (SSSI) so it is fantastic to return one of the original plants back to the canal bank.

Royal Ferns like damp, humid, conditions so we are constructing a special bankside planter to give it the best chance to establish a new colony in Mossley. 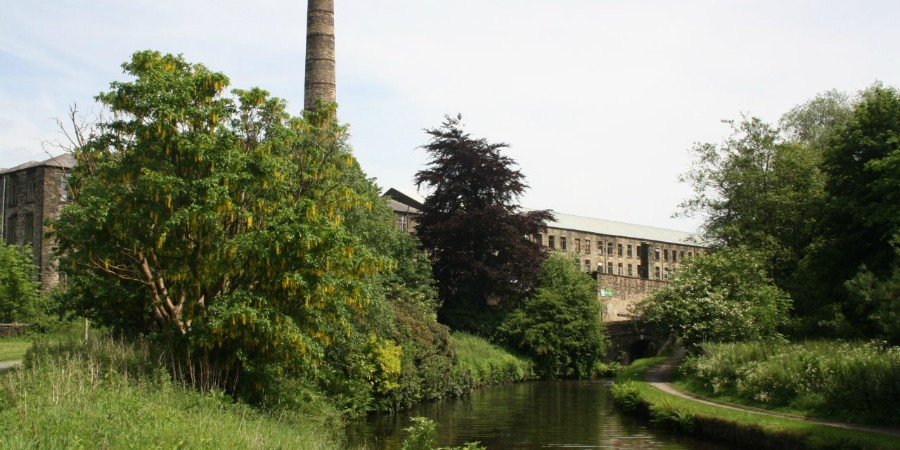 Dr Bob Gough said: “I am so pleased to be able to return this Royal Fern back where it should be – by the canal. It’s a very graceful plant and I sincerely hopes it manages to take root in its new home.

Keeping it alive in a simple plant pot through more than two decades of summer droughts and cold snowy winters has been a labour of love. There were several moments when I thought I might have lost it but each time the plant has recovered and it’s currently thriving. It will be wonderful to see it by water again.”

The re-planting of the Royal Fern, Osmundia regalis, is part of the Canal & River Trust’s wider 12 month project, Making Special Places for Nature, funded by a £350,000 award from players of the People’s Postcode Lottery. This involves improving vulnerable wildlife waterway habitats across 10 key sites totalling 400 hectares – a combined area greater than the City of London.

The Trust, which cares for 2,000 miles of canals and 63 SSSIs (Sites of Special Scientific Interest), is appealing to volunteers to join it in this mammoth task and hopes to encourage many residents, particularly young people, to roll up their sleeves and get involved in improving their own local nature reserve.

Tasks involve a wide range of habitat protection work including bank restoration, shade removal and improvements in water quality. The project will also assess the health and populations of various rare species including the shy water shrew, which was last subject to a national survey more than a decade ago.

Our national ecologist, Stuart Moodie, said: “The Eurasian water shrew and white clawed crayfish are among a wide range of indigenous species which need an extra helping hand. Their natural habitats are threatened by run off from agricultural fertilisers and invasive plants and animals. Increasing the growth of aquatic plants helps encourage insects and invertebrates which in turn promotes healthy populations of fish and small mammals. Biodiversity is the key to a flourishing waterway.

Getting local people involved in managing these reserves is a key priority. We would appeal to anyone who wants to get in touch with nature and play an important role in conserving their local area to contact us. This is a genuine chance to make a real difference.”

To get involved in volunteering on the Huddersfield Narrow Canal, please contact James Wynn, our volunteer coordinator or call: 07786 661614.