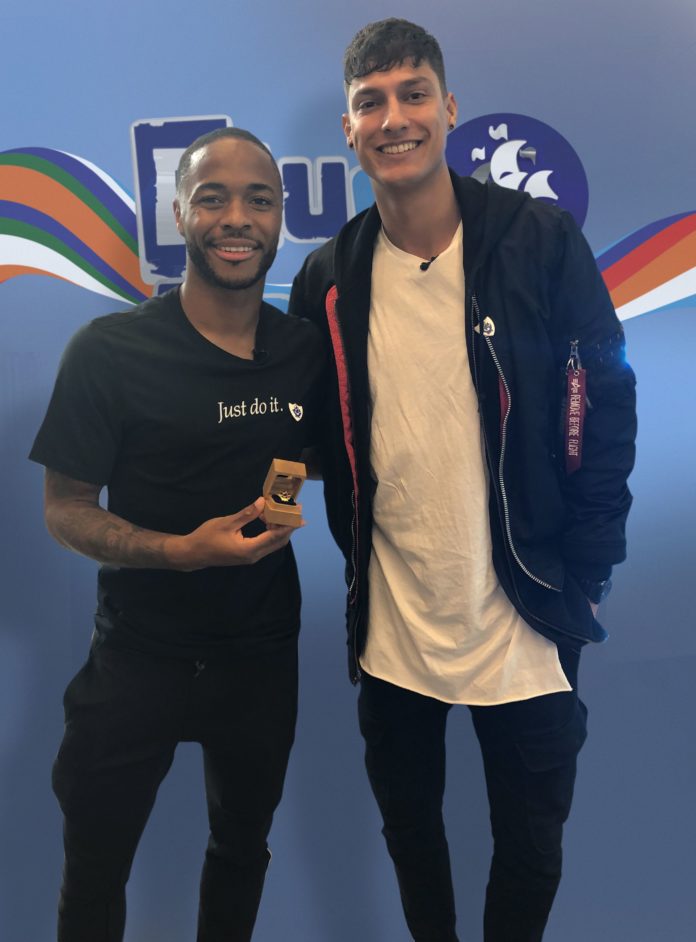 Raheem Sterling has been awarded a Gold Blue Peter badge, the show’s highest accolade in recognition of his inspiring success for both club and country on the pitch and for his work combating negativity off it.

CBBC viewers will see the moment the Manchester City and England star receives the badge in a film to be shown on today’s Blue Peter  at 5.30pm on CBBC.

Only a handful of Gold badges are presented each year. They go to individuals who show great expertise in their chosen field; are considered to be role models; and who encourage and motivate children across many generations

In today’s Blue Peter, two young football fans Lutae and Jazmin meet Raheem Sterling and chat to him about a range of subjects including growing up dreaming of becoming a football player, what it means to play for England, playing against adversity and his love of Jamaican food.

Presenting the coveted award, Blue Peter presenter Richie Driss tells him: “Raheem, clearly we think you are amazing. You are a role model, not only for Manchester City fans but also to all of our fans across the UK. You’re an inspiration not only on the pitch but also off the pitch with your willingness to stand up for people’s rights. So with that in mind it would be an absolute honour to award you our highest accolade… the Blue Peter Gold badge.”

On receiving the rare badge Raheem says: “Thank you very much, it means a lot.”

Richie went on to joke: “Now that you’ve got a Blue Peter Gold badge you don’t need to focus on winning the Champions League.

Raheem replies: “Yes I think I will settle for this and call it a day!” 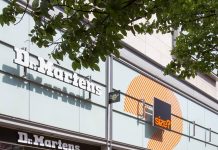