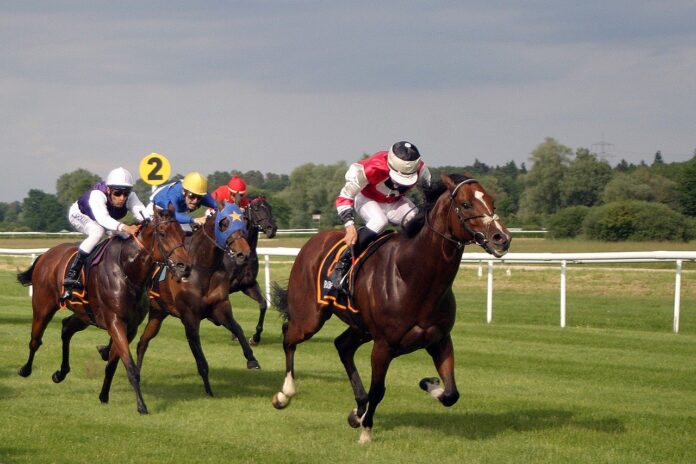 Saturday August 28 will be an emotional day at Goodwood. The March Stakes is being run at 3.00 and since 2018 has paid tribute to the late trainer John Dunlop. Read more about him at The Guardian.

The March Stakes was first run in 1965 and has had Group 3 status since 2018. It is a one mile and six furlongs race for horses aged three years. Trainer Mark Johnston has won this race for the past two years. 2020 saw Subjectvist, the 11/10 favourite win by 15 lengths. See how easy he won at Facebook. This year saw Subjectvist win the Group 1 Ascot Gold Cup. Could we see a future Gold Cup winner this weekend?

at the top contenders for this race that will see some of the top three-year-old stayers taking part.

Roger Varian trains the favourite for the 2021 March Stakes. Nagano has already had a successful year with three wins in five races. The first two of those victories came in Class 5 but then a big step up was taken to Class 2. Nagano could only finish sixth but didn’t get a clear run. A much better result came on July 28 with a Class 2 win at Goodwood over 12 furlongs. Nagano is yet to run further than a-mile-and-a-half but was running on at Goodwood.

Nagano is the 11/8 favourite, but bookmakers believe this will be a close race. The second favourite at 13/8 is Mandoob trained by Brian Meehan. Like the favourite, Mandoob didn’t run as a two-year-old. He’s had three races this year and never finished outside of the top two.

His first two races were both won and Mandoob then ran in the Group 3 Bahrain Trophy Stakes run over one furlong less than this race. Mandoob finished second, two-and-a-half lengths behind Yibir who won a Group 2 race at York last week. Mandoob should be effective at this distance and a great battle with Nagano looks likely.

Juan de Montalban also has a good chance of winning the March Stakes. Trained by David O’Meara (his third trainer this year), you can get odds of 6/1 at present. His most recent race was a second place finish in the Group 2 Italian Derby over 11 furlongs, losing to the favourite, reported Horse.bet.

A contender that is in good form is Chalk Stream who is 7/1 to win. This William Haggas runner comes to Goodwood aiming to complete a hat-trick of wins. The first of those was at York in July and followed by victory at Ripon on August 9. Both of those wins came in Class 4 races so this is a big step up for the runner. He did get rather upset in the parade ring at York, so hopefully that won’t happen this weekend.

Trainer Mark Johnston runs Dancing King as he bids to win the March Stakes for a third successive year. He’s 8/1and between March and June of this year, Dancing King won four races in a row There are no worries over him getting this distance as he has already raced over 14 furlongs. Last time out he finished second in a Listed race at Chester, losing by a short head over a distance half a furlong longer than this contest.