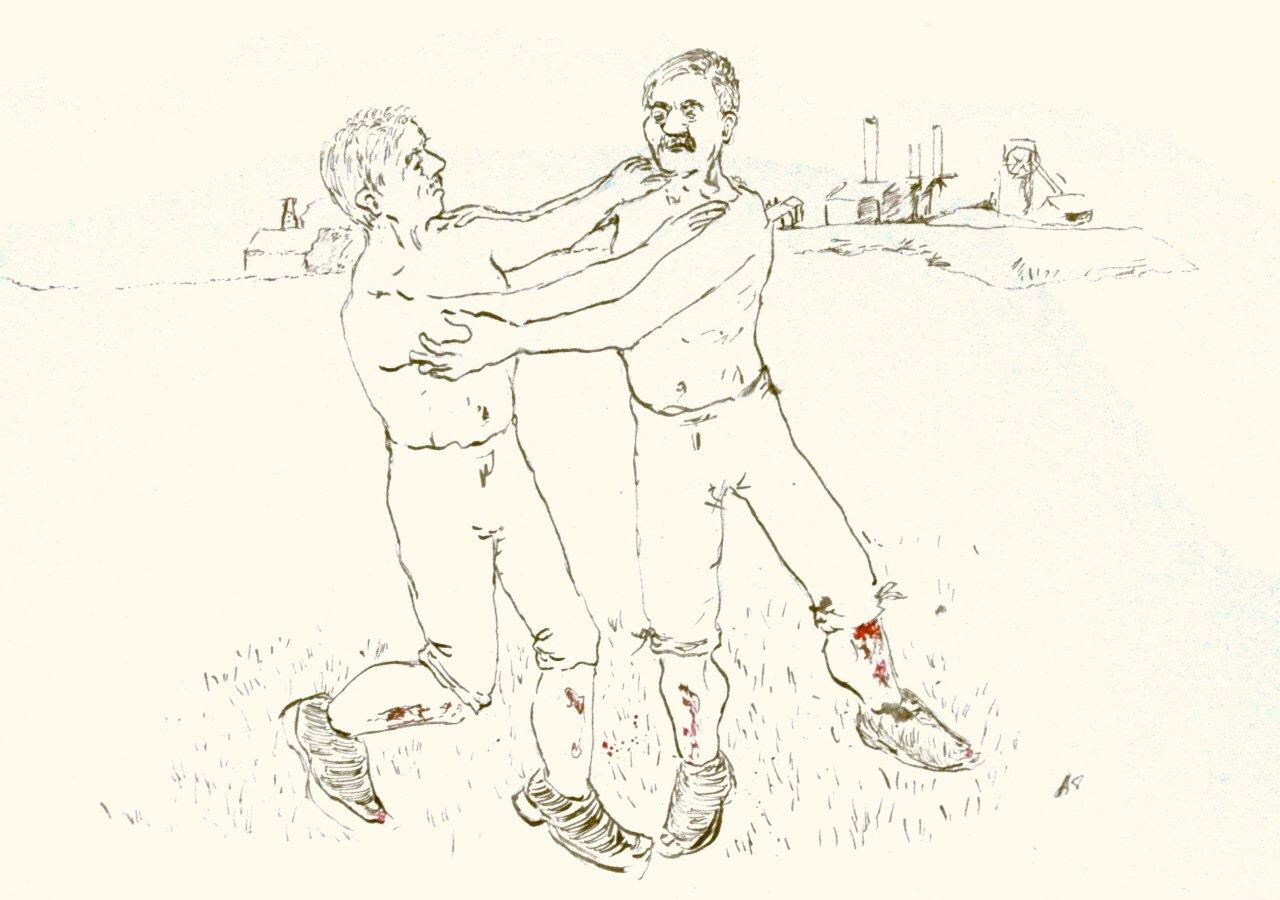 The latest exhibition at Gallery Oldham explores the facts and legends around the brutal sport of clog fighting.

In these contests working men would engage in man-on-man combat, kicking unprotected shins with their heavy clogs.

‘Purring – Sport of the People’ opens on January 9 and is the result of research by artist Anna FC Smith who has spent time talking to residents and researching the subject in the Oldham Local Studies and Archives.

Clog fighting was often called ‘Purring’ although other dialect words used in the Oldham area included ‘parring’ and ‘puncing’.

Anna FC Smith has a longstanding interest in history, folk culture and communal traditions, with historical and anthropological research forming the basis of much of her work.

In order to illustrate elements of clog fighting for the first time, Smith has borrowed her drawing style from an anonymous lay ‘documenter’ (c1805-1820), who recorded aspects of lead mining and miners’ lives in Northumberland using pen and ink sketches.

The exhibition combines Smith’s art with historical research into the codes and customs of ‘Purring’. It also features a selection of local images and objects from Gallery Oldham’s collections that help to illustrate the lives and communities from which the clog fighters emerged.

In producing this show, members of the public were invited to contribute their stories and visitors can listen to several interviews and stories from local people.

Anna FC Smith said: “People came forward with some fascinating stories. Who would have thought that these fights were once a regular occurrence on Sunday afternoons on open land outside the Colliers Arms at Hartshead Pike?”

Other local tales include the famous battle of the Upper-enders and Lower-enders from Delph and Uppermill.

This particular clog fight is still commemorated to this day by the Saddleworth Morris Men as part of their special Delph dance.

There is even a legendary account of “the feytin’ ape” – a pet monkey that was owned by a pub landlord in Oldham and used as a quirky opponent for clog fighting matches.

These stories and rumours add real colour to an exhibition that examines a pastime that was brutal but also allowed working class men to form their identities and take control of one aspect of their lives.

The exhibition is on display until April 9.

Roadmap for devolved Heathcare budget is laid out