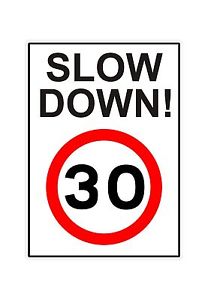 Manchester City Council has given approval for the speed limit on Princess Road and Princess Parkway to be permanently reduced to 30mph.

The 30mph traffic order, which has been in place on a temporary basis since April 2017, will take permanent effect by summer 2018.

The scheme began after a petition launched by local residents requesting the change attracted more than 1,000 signatures, in the wake of collisions which had caused two fatalities. Analysis carried out in February 2016 found that 84 collisions had happened on the road in the previous three years.

A public consultation undertaken in autumn 2016 recorded strong local support for speed reduction along the entirety of the route, to help improve safety for pedestrians and cyclists and reduce the number of collisions.

Princess Road passes through areas of residential housing in Hulme, Moss Side and Whalley Range and the Southern Cemetery, plus a number of schools, including William Hulme Grammar School and Whalley Range High School.

Since the start of the scheme, motorists have been given clear information about the reduced speed limit, with 30mph signs placed at key locations along the route.

The new permanent order will be advertised from Tuesday 6 March.