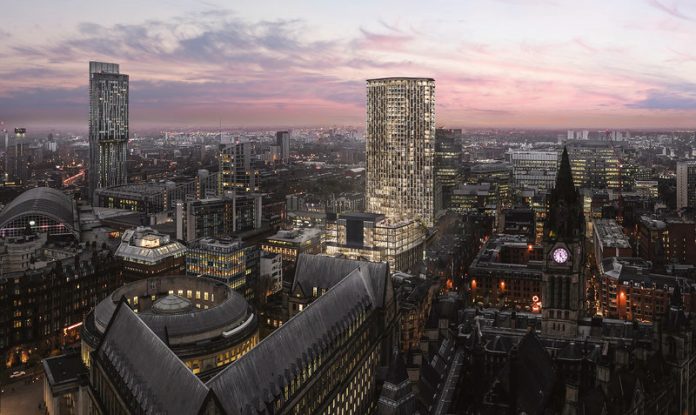 Plans for the controversial redevelopment of Manchester City Centre have been passed by the council’s planning and highways committee this afternoon.

After an existing planning application which was first submitted at the start of last year, the St,Michael’s Partnership and their architects Hodder + Partners were forced to return to the drawing board after having taken account of comments made on the original proposal and worked closely with Historic England on a revised masterplan proposal.

The committee voted 6-3 in favour of the plans after hearing representations from City Centre Councillor Joan Davies, who while welcoming the changes that have been made, cited the damage that the tower would have and the detrimental effect on the historic status of the area.

Councillor Barrett who voted against the proposal said that it was “not the scheme that we need, it us the wrong spot in the wrong area and it will harm the presentation of the city.”, while Councillor Curley agreed  that the scheme was inappropriate for the site.

In a statement issued after the committee voted in favour,Gary Neville on behalf of St Michael’s Partnership said:

“We are delighted that Manchester City Council is minded to grant planning permission on St Michael’s. We are hopeful that the Secretary of State will endorse that decision and allow us to work towards delivering this prestigious mixed-use scheme of the highest quality within a strategic location that is in need of regeneration. St Michael’s will set new standards in design and quality of accommodation which will reinforce the city’s position both nationally and internationally.”