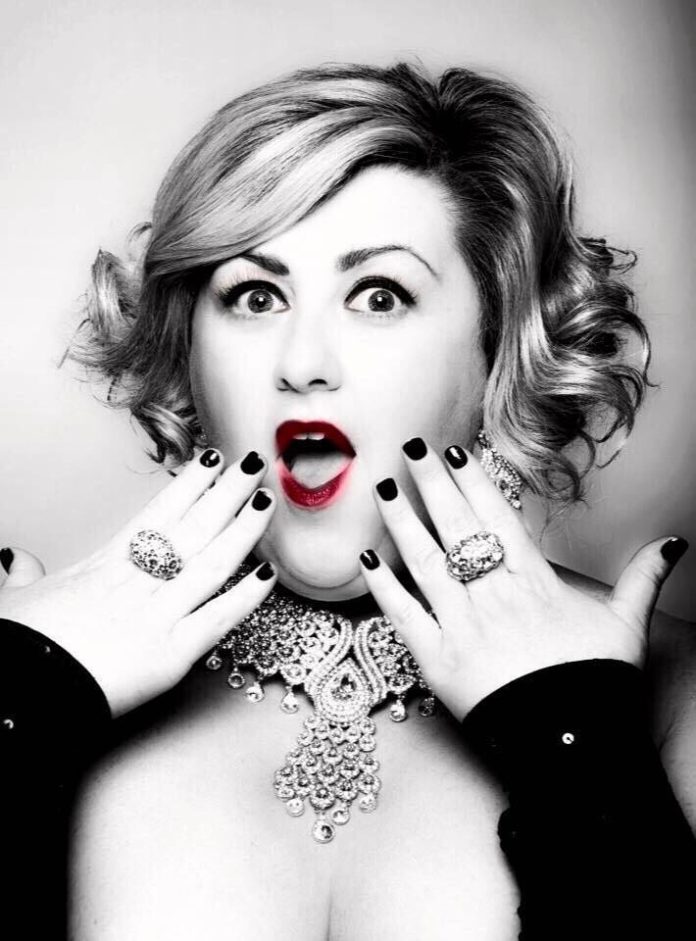 Waterside in Sale is delighted to welcome back by popular demand, presenter and singer Michelle McManus for an exclusive UK date on Friday 15 March.

The third show in her trilogy, Michelle McManus: Pop Goes the Idol, will be performed at Waterside with no other UK dates until her appearance at Edinburgh Festival later in the year.

Michelle’s one off new show, co-written with Bruce Devlin, tells the next instalment in the Glasgow-based life of a glittering global megastar. From treading the SECC boards with The Hoff, opening Lidl in Rutherglen, to that one man who clapped her rendition of My Way in a Sauchiehall Street karaoke bar, Michelle has seen and done it all.

Michelle will also be joined by The Flaming Blackhearts in the second half of the show.  This will be the band’s first appearance in England, who are also from Glasgow and have performed all over Scotland over the past three years. Michelle will join Stephen Caban and Tim Black in performing four brand new songs written for the show as part of a Q&A here at Waterside.

This will mark Michelle’s third performance at Waterside having brought Reloaded and Michelle McManus’ Reality: The Musical in 2017.

Manager of Waterside Darren Adams said:  “We are thrilled to welcome Michelle back to Waterside. She always receives a fantastically warm welcome from our audiences and they are in for a treat, with her charming, charismatic approach to story-telling. Pop Goes the Idol was a huge hit at Edinburgh Fringe and we are honoured that Michelle chose to return to Waterside again for her only date outside Scotland.”

Michelle McManus; Pop Goes The Idol is taking place at Waterside on Friday 15 March at 20:00.

Tickets and info available at: watersidearts.org/michelle

Electric Ladies of the 80’s Tour comes to Manchester