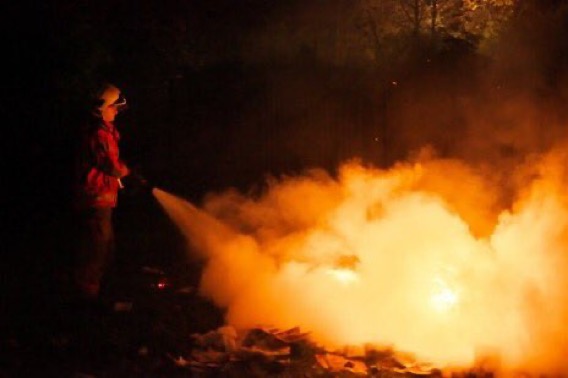 Greater Manchester Police have vowed to find the individuals responsible for throwing bricks and fireworks at firefighters in Brinnington last night and say they will face the consequences of their actions.

A dispersal notice has been put in place to prevent large groups from congregating over the next 48 hours and may be extended pending further review.

There were no reports of injuries but damage to properties and vehicles.

Chief Superintendent John Webster, of GMP’s Stockport division, said: “We will never tolerate any kind of violence towards emergency services workers and members of the public.

“The behaviour we saw from a select group of young people yesterday evening was inexcusable.

“I would like to remind this group that assaulting emergency services workers is a criminal offence. We will be finding the individuals responsible and they will face the consequences of their actions.

“We have set up dedicated patrols to target areas of Brinnington ahead of Bonfire Night on Friday and over the weekend alongside support from our partners to monitor issues.

“We would encourage parents to be aware of what your children are up to in order to ensure they are safe and respectful of our communities.

“And we are urging parents to inform us of any youths involved in this disorder so that we can take robust enforcement action.”

Billy Fenwick, GMFRS Group Manager for Stockport and Tameside, said: “I was shocked to hear that some of my colleagues were subjected to an attack over the weekend. It is very lucky nobody was injured during this incident. Firefighters are working hard to keep the public of Greater Manchester safe and they should not be subjected to an attack for just doing their jobs.

“I urge the public to continue to support our emergency service workers, and please consider they could also be causing fire engines or a firefighter to be out of action. It is also a criminal offence to obstruct emergency workers when performing their duties.”