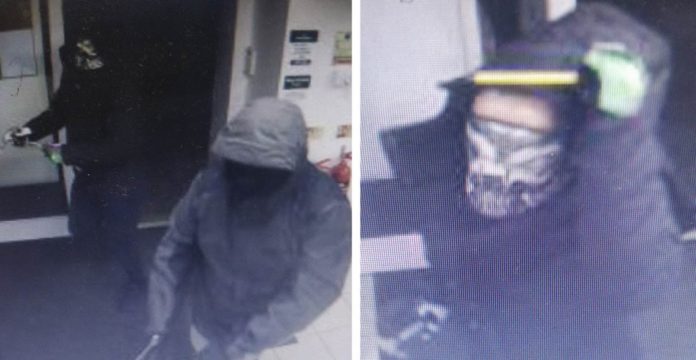 Police have released CCTV images after shop workers were threatened during an armed robbery in Wythenshawe last week.

It took place at Morrisons, Hollyhedge Road in Wythenshawe.

Offenders entered the store brandishing a machete and a hammer and made threats to staff. They fled the scene with a quantity of cash.

Police have released images of two men they want to speak to following the incident.

Constable Keiron Richardson of GMP’s City of Manchester Division said: “This was a terrible ordeal for the store’s employee’s to endure.

“While no-one was injured, the psychological effects of crimes such as this can be considerable, and our thoughts are with those involved.

“Do you recognise either of the people in the pictures we’re releasing? One of the individuals is wearing distinctive gloves and face covering.

“If you have any information that can assist us, please get in touch as soon as possible.”