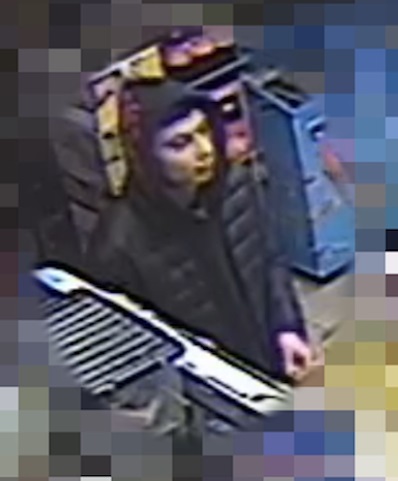 Police have released CCTV images of the man they want to speak to in connection with the attempted rape of a primary school girl in Openshaw at the weekend.

The 10-year-old girl had been walking with friends before she became separated from them.

A man approached her and led her to an area of wasteland where he sexually assaulted her before attempting to rape her.

The girl managed to flee and ran towards a dog walker who raised the alarm and on arrival officers conducted an immediate search of the area but the offender was not located.

Further enquiries have since established that a man matching the description of the offender was seen arriving at Clayton Hall tram stop at 1.33pm after travelling there on the Ashton line from Edge Lane tram stop.

He was also spotted in other locations in Openshaw that day, both before and after the incident took place.

The investigation team is keeping an open mind as to whether or not the offender may have come from a different area of Greater Manchester.

Detective Chief Inspector Rebecca Boyce, of GMP’s City of Manchester Division, said: “We are continuing to do all we can to find the man responsible for this horrendous attack on an innocent young girl but we still need the public’s help.

“We have released images of a man that we wish to speak to in connection with this incident and I would like to appeal to anyone who may recognise him to please come forward.

“If you see the man pictured then please do not approach him but contact us straightaway instead.”