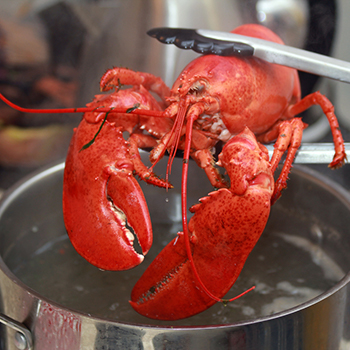 A ban on the import of foie gras,banning boiling lobsters and  rights for people renting to own animals.

The Labour Party has launched radical action on Animal Welfare that would also look at strengthening the Hunting Act, enshrining the principal of animal sentience in law, ending the badger cull, implementing a review of animal testing and expanding affordable vet care for people on low incomes.

The 50 point draft policy document, ‘Animal Welfare For The Many, Not The Few,’ will go out for public consultation and proposes appointing an Animal Welfare Commissioner to ensure Government policy across Whitehall is continually informed by the latest scientific evidence on animal sentience.

The Commissioner would also ensure animal welfare standards are always considered in new legislation and are maintained in Britain’s involvement in international bodies and post-Brexit trade deals.

The announcement has been welcomed by the League against Cruel Sports, Compassion in World Farming and WWF.

“Labour is the party of animal welfare. From bringing in the ban on fox hunting to tightening the rules on the transport of live animals, Labour has always been consistent in our leadership on matters of animal welfare.

“Today we’re making proposals for real, long-term progress. Our vision is one where no animal is made to suffer unnecessary pain and we continue to drive up standards and practice in line with the most recent advances and understanding.

“With new trade deals on the horizon and the UK no longer subject to EU-wide rules on animal welfare, we want to ensure there is a comprehensive legislative agenda in place so that the UK becomes a world leader on animal rights.”