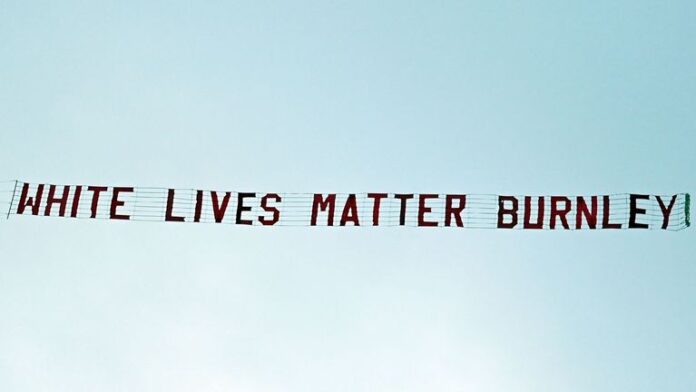 Lancashire Police have confirmed that they will be taking no further action over the banner which was flown over the Etihad stadium during Monday’s Premiership game between Manchester City and Burnley.

Ch Supt Russ Procter said: “Today Lancashire Constabulary has been in liaison with Greater Manchester Police, the Aviation Authority and the Crown Prosecution Service regards the ‘White Lives Matter’ banner that was flown over the Etihad Stadium last night.

“After assessing all the information available surrounding this incident we have concluded that there are no criminal offences that have been disclosed at this time. We will continue to work with our partners at the football club and within the local authority.”